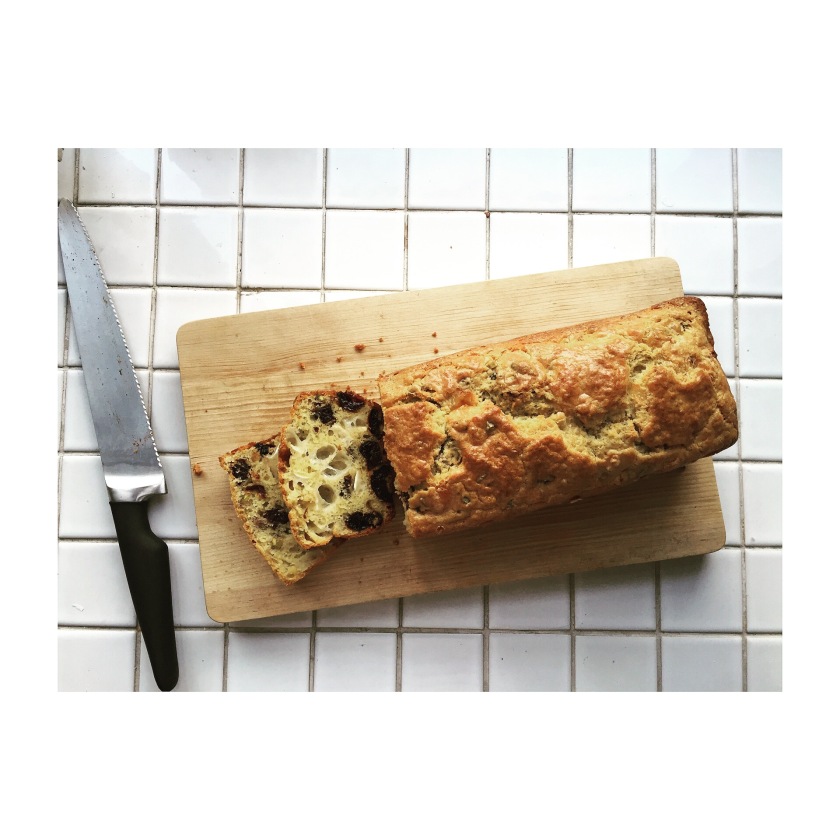 By now, if you have been following my blog, you must already know that I lived in Paris for a while years ago. Maybe because of that, or maybe because for some reason (that even I don’t really know about) I have always felt a connection with the “French”, I surely love trying French recipes regularly. My passion for experimenting on French cuisine got even bigger when I discovered (thanks to my friend Minni, otherwise I would never turn that TV on) the wonderful little show “Pieni Keittiö Pariisissa” (aka Little Kitchen in Paris) by witty and joyful Rachel Khoo. Ever since, she has become my idol!!

Yet, I somehow could not dare to try any of the recipes until all 6 episodes of the show was over. Then I downloaded all the episodes, watched one more time each of them, and then started trying them out. One of those (not the first one I tried though) is this savoury French cake, with dried plum, pistachio and goat cheese.

This cake is so delicious that I had an orgasmic joy the first time I baked it and ate.. I seriously wasn’t expecting a taste THAT good.. But it really is amazing. And the best part of it is now that I’ve got the idea of this kind of cakes, I can experiment with all sorts of other ingredients, keeping the basics of the batter the same. You can try different, maybe more local ingredients too!

2. In a bowl, put flour, baking powder and salt and mix them roughly. 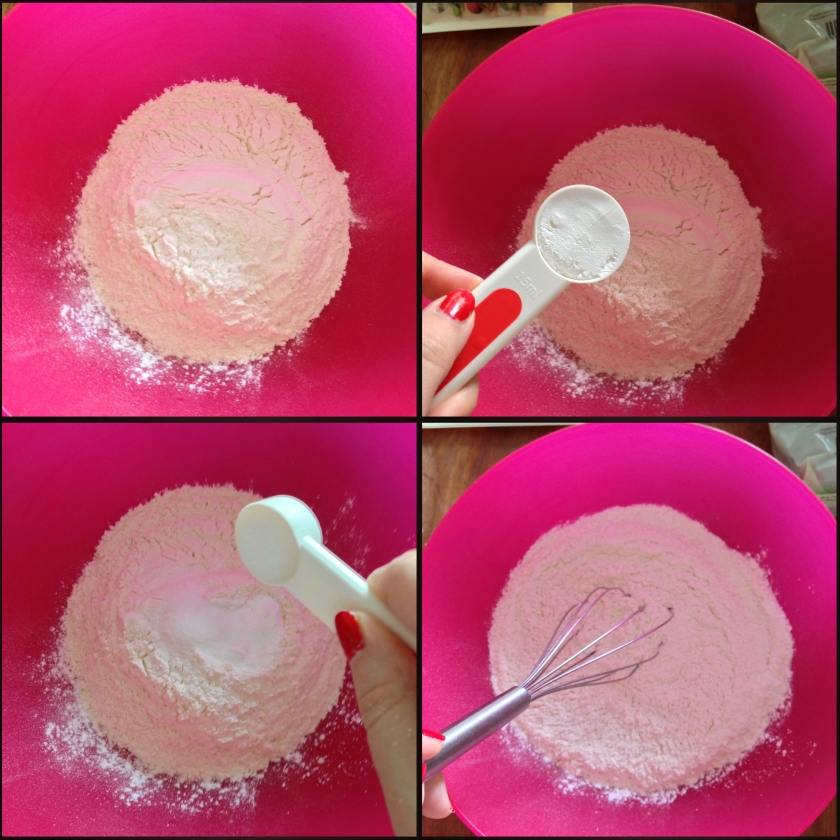 3. Chop dried plums in smaller pieces (as small as you like) and add to the flour mix. 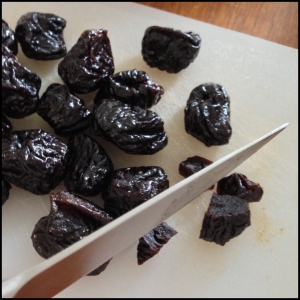 4. Roughly chop the pistachios and add them also to the flour mix. 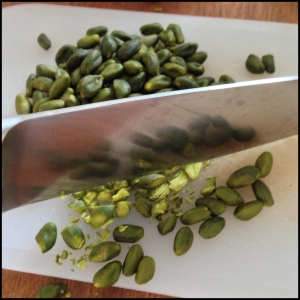 5. Chop goat cheese in small cubes and add to the flour mix. 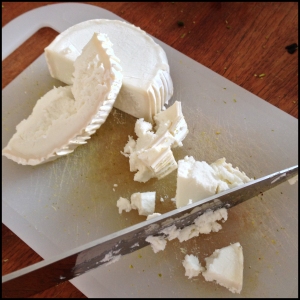 6. Mix / whisk the flour mixture a little – try not to crush the cheese etc. 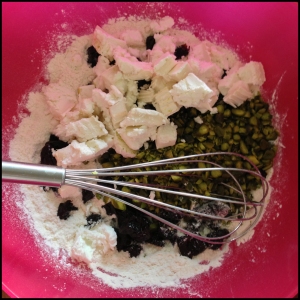 7. In a separate bowl, put the eggs and beat them with an electric mixer until they are fluffy. 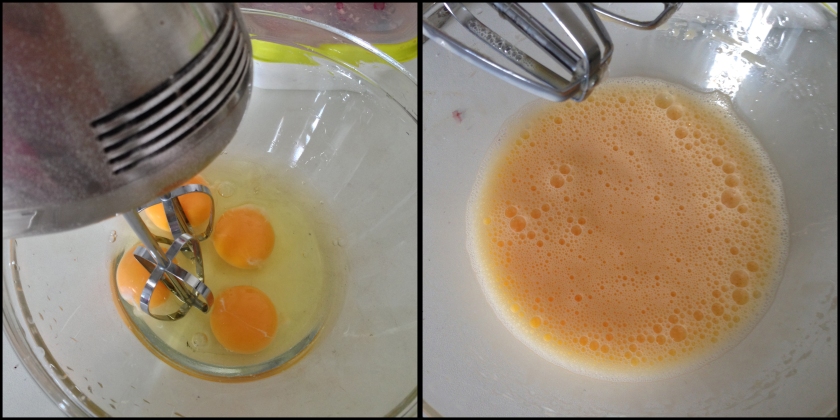 8. One by one, add olive oil, milk, yoghurt (sorry, forgot to take the photo of yoghurt while I was putting it) and black pepper to the beaten eggs. After putting each ingredient, mix them with mixer, in slowest motion, to just mix them a little, do NOT overbeat the mixture! 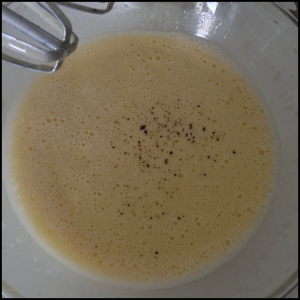 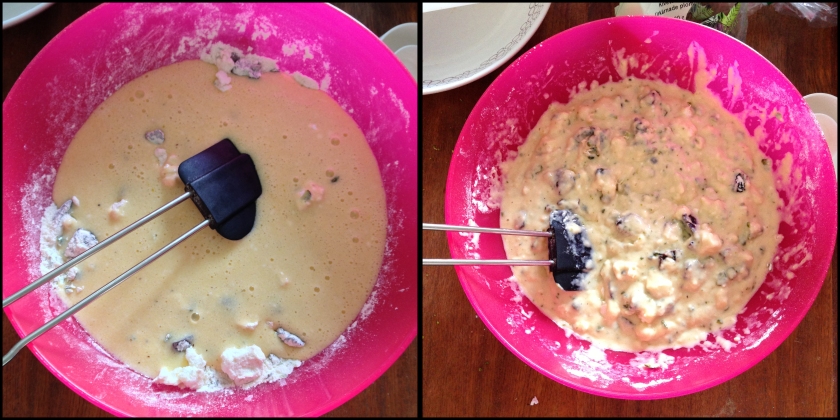 10. Grease a loaf mould and pour the batter inside the mould. If you’re using a silicon mould like me, do NOT forget to put the piece of the mould that keeps it firm. The first time I made the cake, I did not do that, and the batter felt so heavy that the mould got a little misshaped. It does not affect the taste, it just does not look as firm in the end that’s all. (And yes, in the picture, on the left, you can see my foot!!) 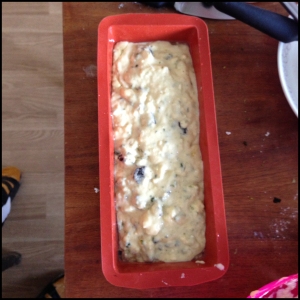 11. Bake the cake for about 30 to 40 minutes, or until a metal knife stuck in comes out clean. What I did was to bake for 35 minutes, and then increase the heat to 210C and bake for just about 5 more minutes, to have a nice brown top. When the cake is baked, take it out of the oven and leave it to cool down a bit until you take it out of the mould. 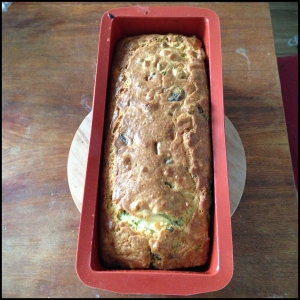 12. When it is cool, take it out of the mould and have your very first bite ASAP – it is gorgeous!! You could eat it any time, with anything. For instance I made salad (again inspired by Rachel Khoo’s winter salad) and served the cake with it and it was just perfect! 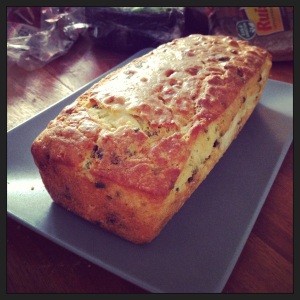 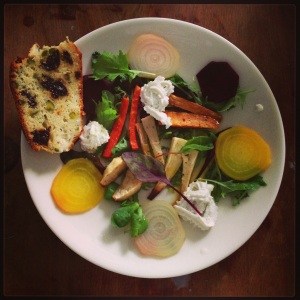 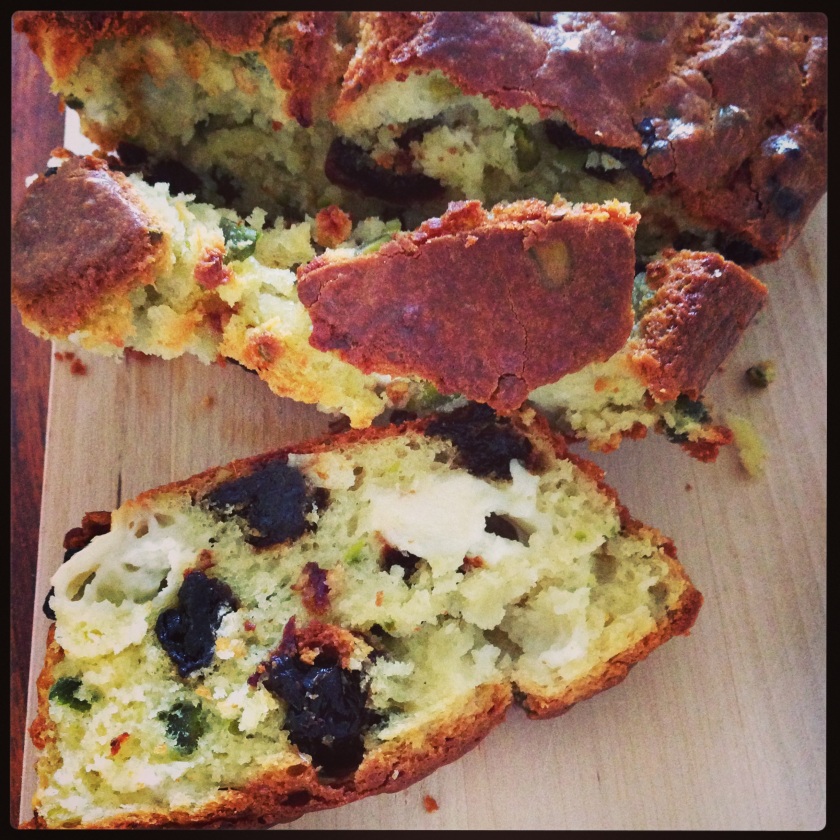