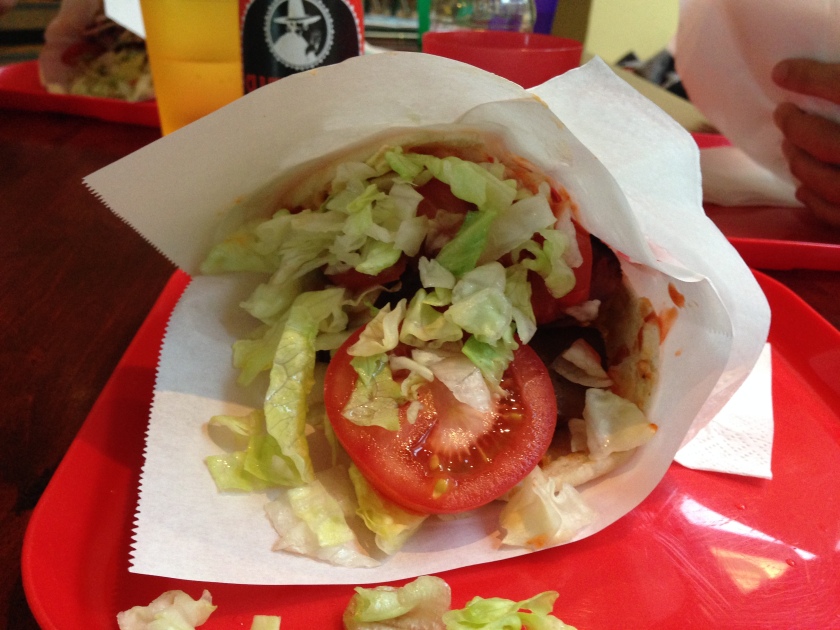 A few weeks ago, I met my friends Anja (German), Gaspar (Argentinian) and Aneta (Bulgarian) in this little place called Soi Soi Kasvisravintola to have a vegetarian evening on Vaasankatu. We ended up eating, yes, but it was a bit like fighting with the food!

Soi Soi is a vegetarian restaurant. It’s almost in the middle of Vaasankatu, among many other recently opened or recently famed little restaurants. I don’t know when it was opened but I guess not very recently. I am not a vegetarian (as you know) but I like trying new places and new tastes. In this case, the new taste was “seitan”.

I had heard a lot about seitan but never got to try it. It was interesting to order it though, “Seitan Kebab” sounds a lot like “Satan Kebab”. I sort of felt the presence of devil.

What is seitan? Wikipedia says: Wheat gluten, also called seitan, is a food made from gluten, the main protein of wheat. But what it actually tastes like? Well, nothing special really, I’m sorry. It sort of collects many familiar tastes on its body! The way I ate, aka “Seitan Kebab” of Soi Soi, was a few slices of “meat” in pita bread, along with salad, tomato slices etc. tucked in. It is no way special, but sure fills you if you are hungry — if, by the way, you can eat the whole thing!

The thing is, with all those ingredients “tucked in” pita, it becomes quite hard to bite the sandwich. Your food is right there, in front of you, but you cannot really eat it! I was thinking that evening to put on red lipstick but I was glad in the end that I didn’t; if I did, that lipstick would be all over my face. The woman at the counter (I guess, the owner?) asked sweetly if I wanted a fork, and I said yes but in fact what I wanted to say was: I actually need a second, bigger mouth.

And I have to say, it was not only me who had problems with eating the food. If I remember correctly, Anja and Gaspar also bought pita sandwiches and they had problems too. But well, still, I do not want this information to let your hopes down. It is a rather affordable food in a good portion and I do recommend the place and seitan kebab, just be ready and take extra napkins, lots and lots of napkins.

But what else can you eat / drink there? Aside from pita sandwich options, there are vegetarian burgers, salads, plates and also nice low carb drinks, like Club-Mate Cola or botanically brewed Cherry Tree Cola. 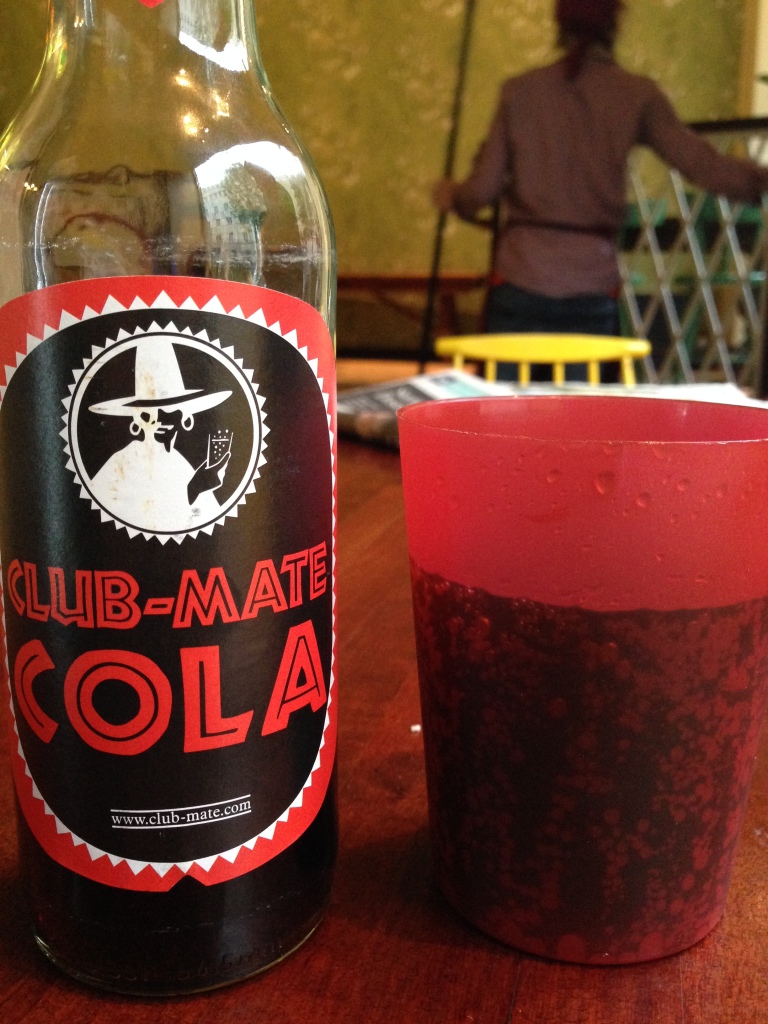 The reason why I started this post by giving the nationalities of my friends is this: as you can imagine, we were, as usual, a quite international little group. At some point, while we were waiting for the food or while trying to eat it, can’t really remember, a Finnish guy sat at one end of our big table. He was waiting for his take-away food. He started talking to us, it got his attention that we were speaking English and were obviously foreigners. And so he started talking to us, asked us where we were from, why we came to Finland etc. If you are talking to a Finn, it is inevitable to reply this question: (with a surprised expression) so I’m curious, why did you come to Finland?

Well, he was a funny guy. And we like Finland.