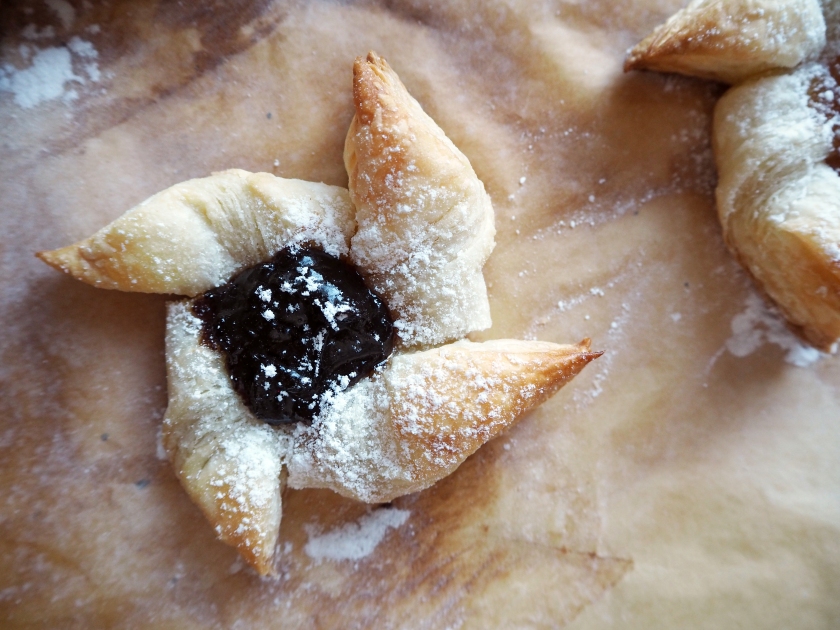 So, November is here once again. We could not skip it again. But, November means that the year is almost over and hope for a better year is right around the corner. I want to wipe out most of 2015 from my memory! November is also the soft welcome to Christmas season – which is something that I always forgot until now. For me, Christmas did not mean anything until I moved to Finland since we do not celebrate in Turkey. That’s why I always skipped to make any plans for it and thought what to do the last minute. But not this year. This time I am prepared, already thinking of possible scenarios. The plans are also on for the blog: I will be publishing (mostly) Christmas related recipes until the end of December. 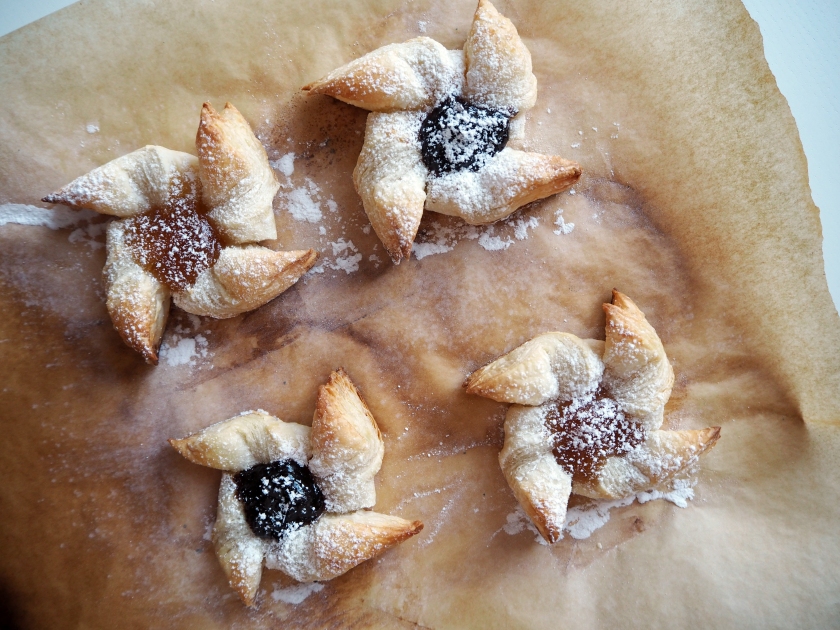 I chose this pastry as my first Christmas related recipe because it is beautiful and tasty but also probably one of the easiest pastries in the world to bake. My relationship with Christmas has close ties with Finnish cuisine as I have become a regular part of “Joulu” (Finnish word for Christmas) only after I came to Helsinki (years ago when I was living in Paris I had Christmas mood too but then I spent it by myself).

The name of this pastry, Joulutorttu, is translated as Christmas tart (torttu: tart). It is also known as Tähtitorttu (Star Tart). The puff pastry sheets are sold in the frozen food section of any supermarket all year round, and they are particularly featured on the front line around Christmas time. The sheets are rectangular and you just need to cut each in two equal parts.

In the middle of the tarts, there is traditionally prune jam. The jam in my version (which is the easier version) stays on top, in another version the pastry is folded over the jam in the middle. For this recipe, in order to try something new, I also used apricot jam for half of the tarts. The stars are dusted with powdered sugar once they are baked and you can decide the amount of sugar coating as you like. If you don’t have such a sweet tooth you can dust them with just a hint of sugar. Actually, you can even completely take the sugar out of the recipe – I once left them without sugar coating because I had forgotten to buy powdered sugar, but they tasted just fine! 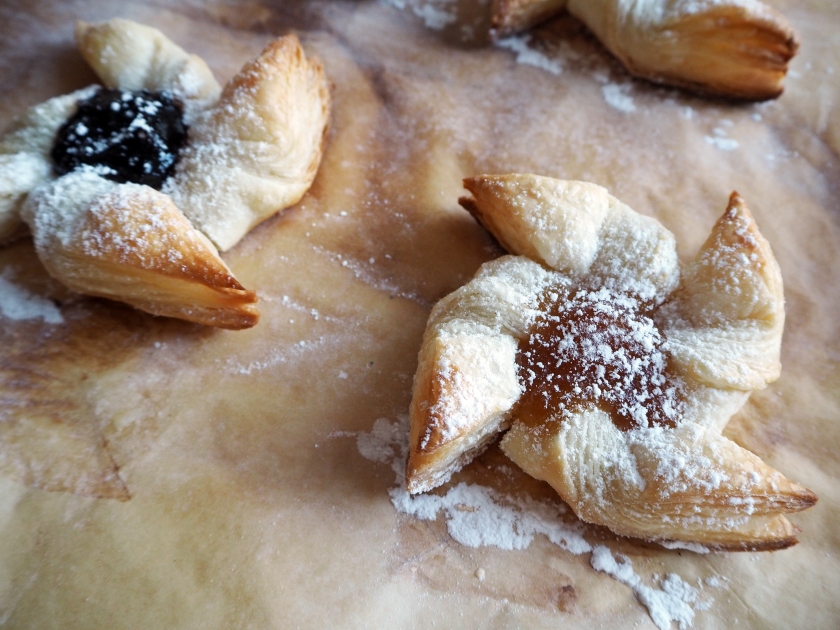 Oh, and one more thing: You can also listen to the Finnish band Eläkeläiset’s album “Joulutorttu” while you are baking these. Check this mix on Youtube to listen to the album: https://www.youtube.com/watch?v=lNKv2-TcfC4&list=PLdyRCwyKS9xSXwvuYPLypjXtYnpXMXxXA (the list lacks the fourth song from the album, but believe me you are not missing much).

Puff pastry sheets
1 tsp / 5 ml of prune jam for each pastry (or apple or another jam, but prune is the most traditional one)
Powdered sugar for coating 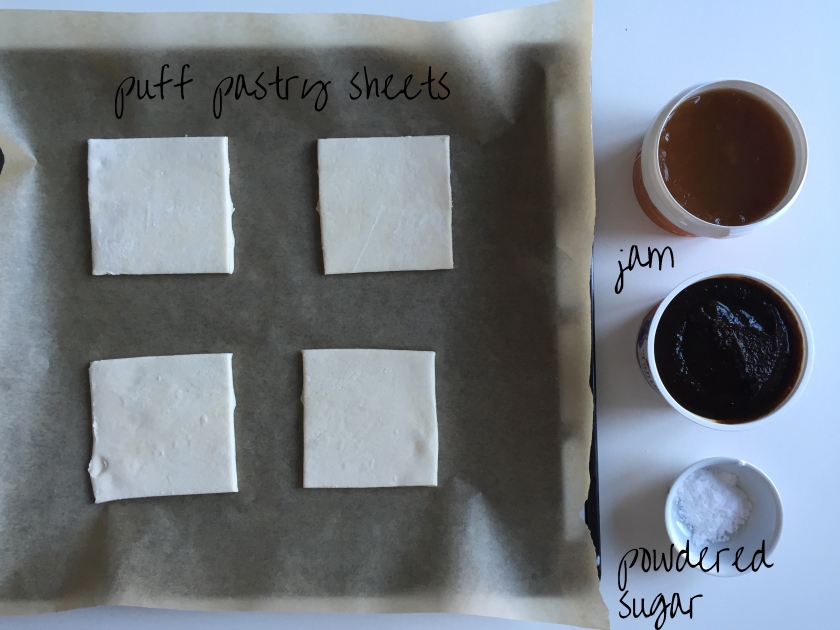 3. Cut the sheets in two equal parts to make square (if your sheets are already square shaped then no problem). 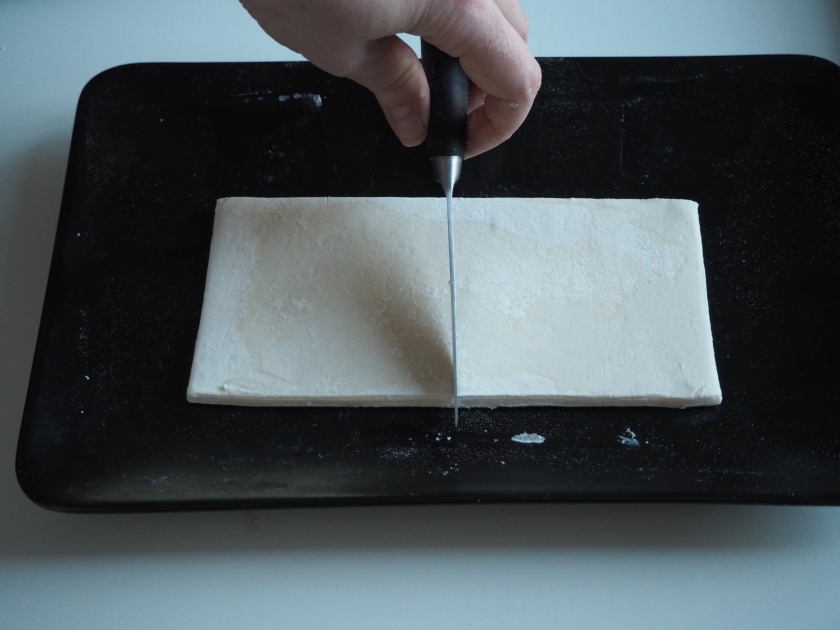 4. Cut and fold the pastry as seen in the photos below to make pinwheel shape. 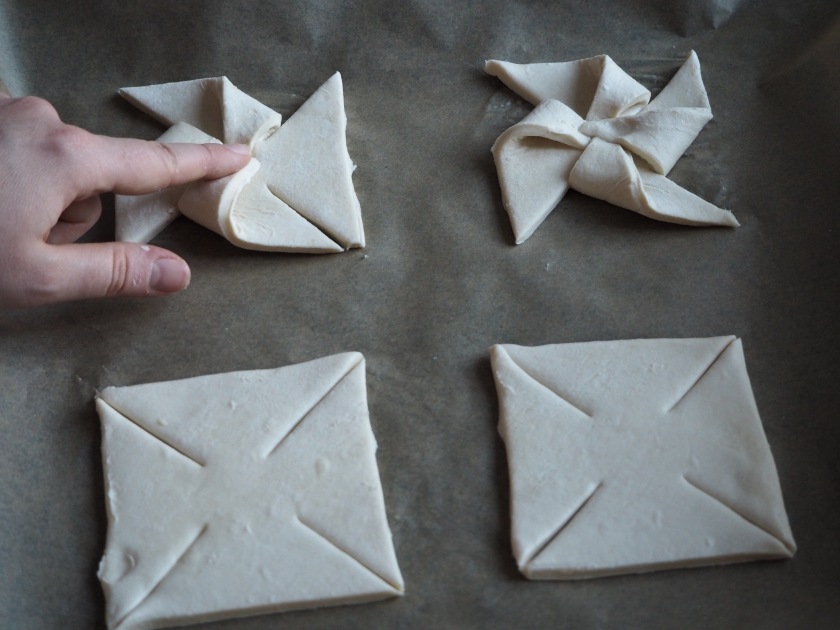 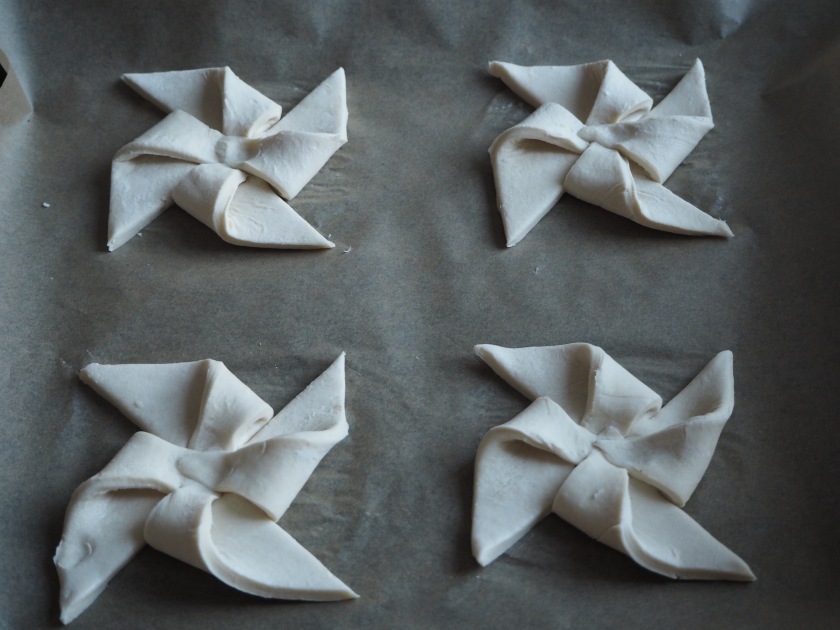 5. Put 1 tsp / 5 ml. jam in the middle of each pastry. Put in the oven in middle rack for about 15 minutes, or until the edges of the pastries start to turn brown. 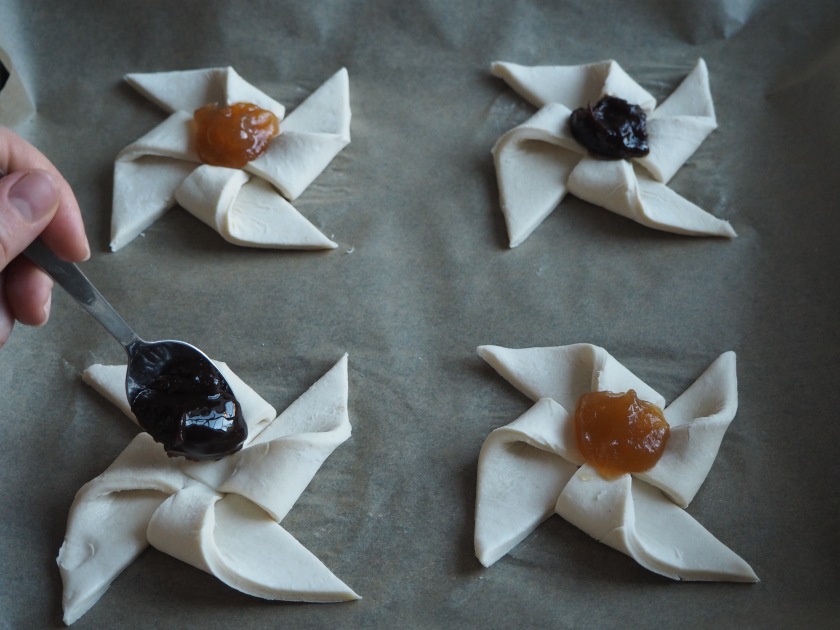 6. Once baked, take out of the oven and let sit to cool for about 5 minutes. Then do the powder sugar coating as you wish. The pastries are best eaten fresh, but if some are left for the next day, they will still be tasty too. 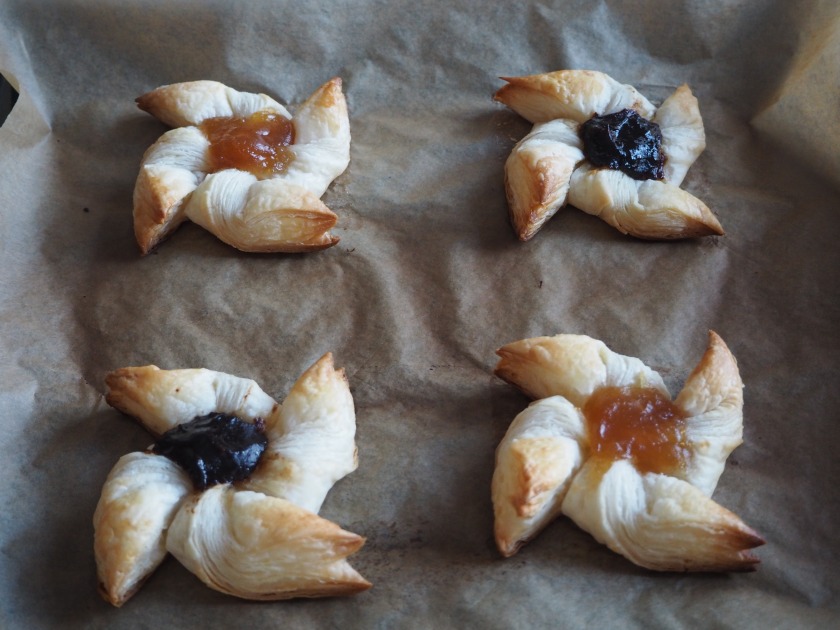 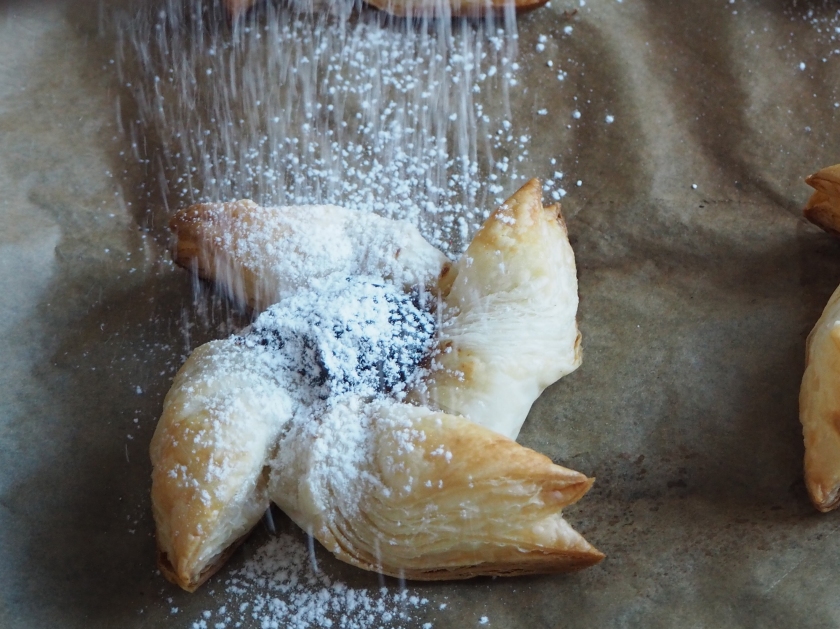