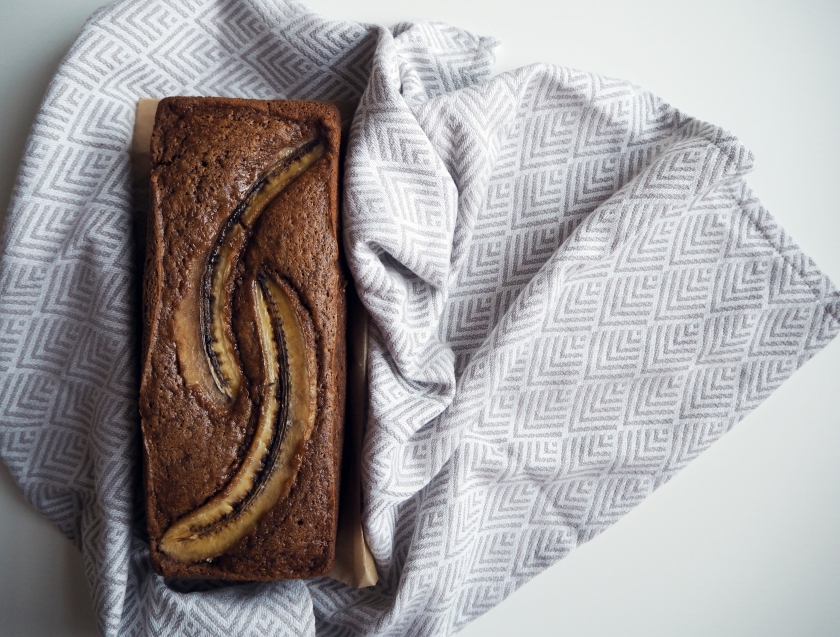 This is a recipe that I have been planning to do for a long time. Not necessarily this particular gluten free version though, what I mean is that I have been planning to bake banana bread with one or more slices of banana(s) on top. I shared another banana bread/cake recipe with pecans before here, with white flour and cream cheese frosting. Today’s banana bread recipe uses buckwheat flour, vegetable oil instead of butter and is lighter yet tastier! If you have problems with gluten choose this one! 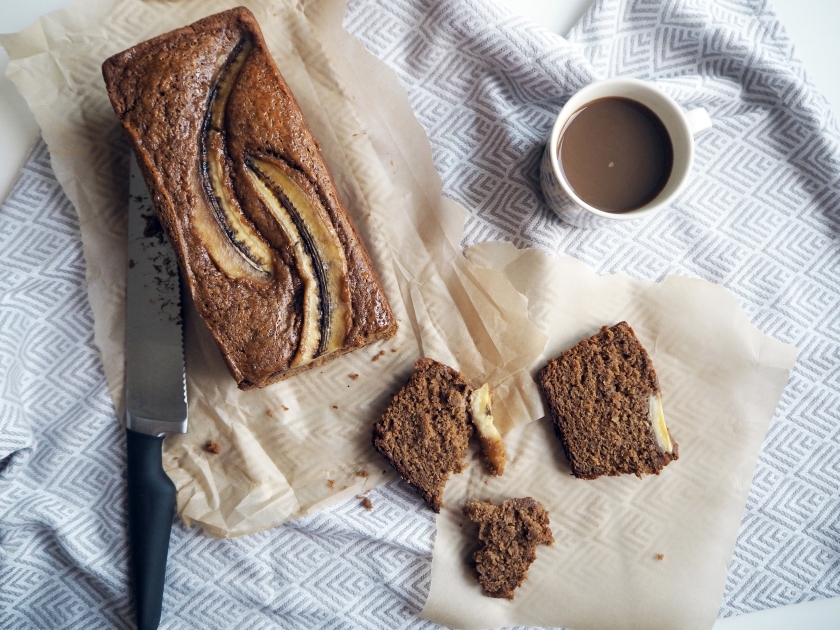 I bought some buckwheat flour a while ago to try one bread, but I never got around to baking it and was left with the flour. While I was looking for what to do with it, I bumped into the original recipe for this bread on Donna Hay’s website and I thought that it would be perfect for gluten free Thursday – and the best way to finally use that buckwheat flour! 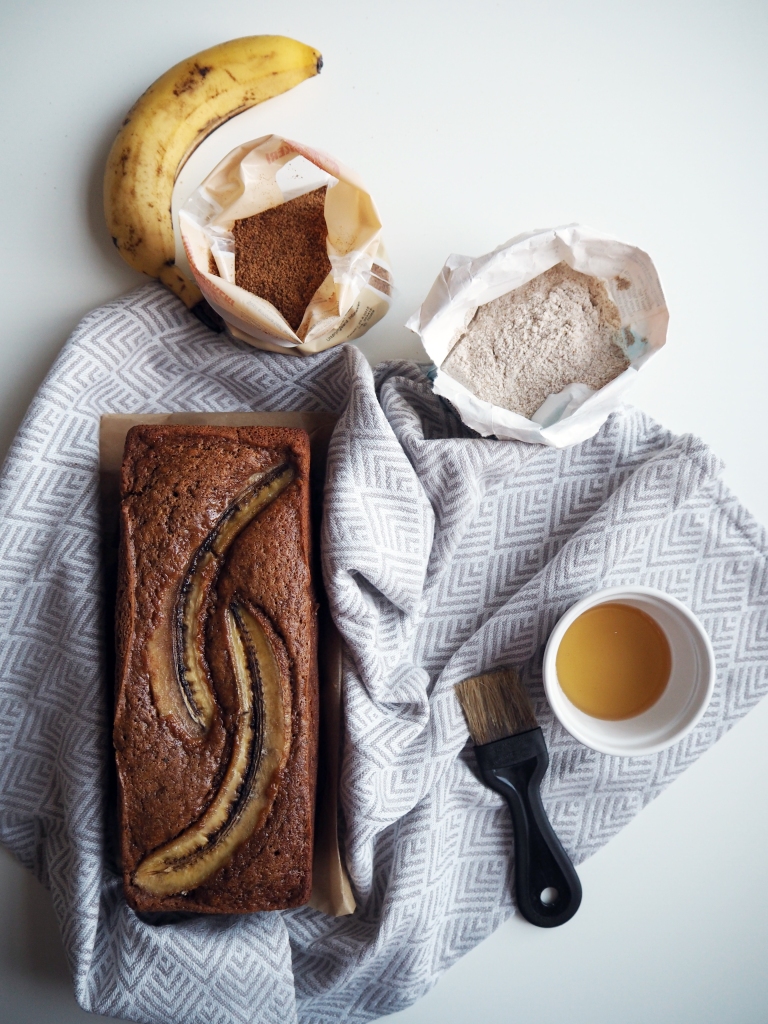 Buckwheat may have “wheat” in its name, but it has nothing to do with wheat actually. Buckwheat is related to rhubarb, it is not a grain or a cereal and comes from the seeds of a flowering plant. Rich with fiber and nutrients, it has many health benefits (good for your cardiovascular system, results in better blood sugar control, lowers the risk of diabetes and breast cancer etc…). Besides, according “The World’s Healthiest Foods” website, buckwheat flowers are very fragrant and so they attract bees which use them “to produce a special, strongly flavoured, dark honey”. 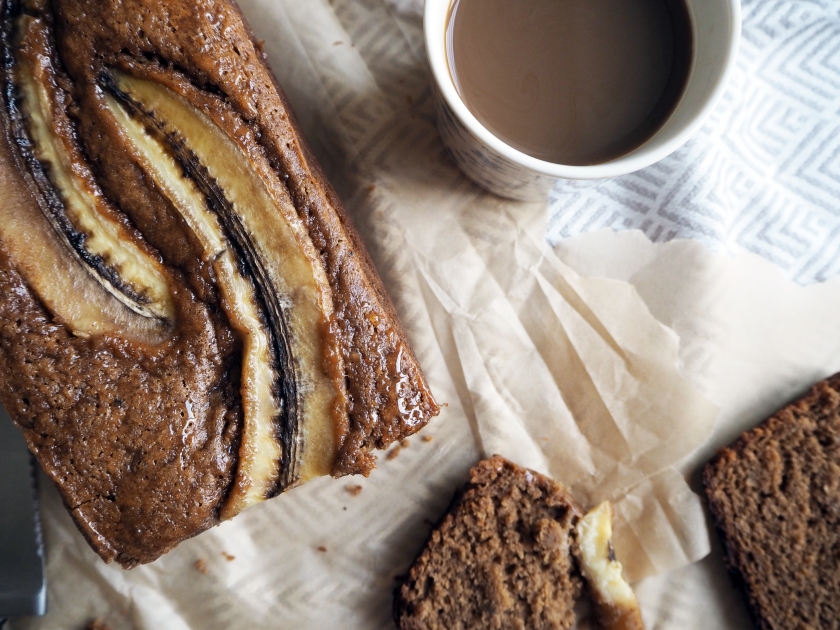 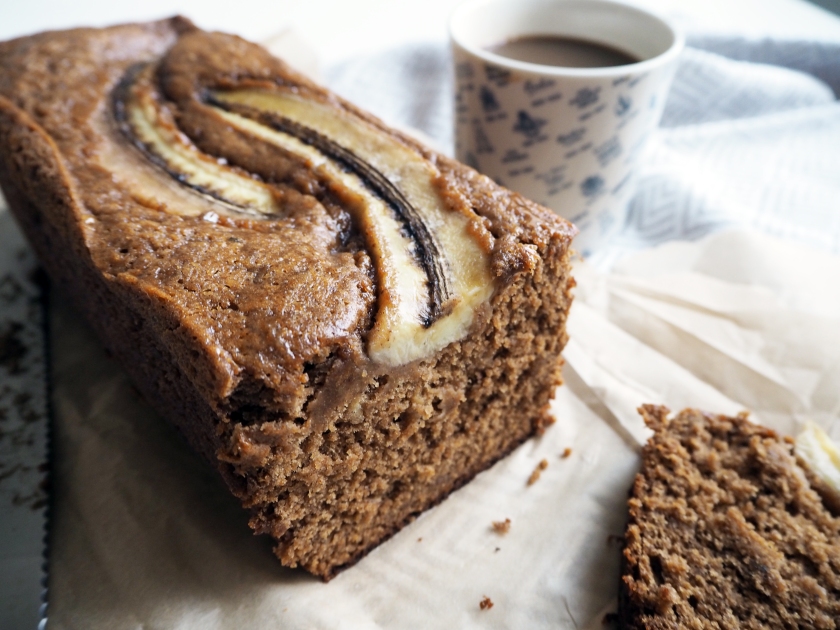 Another new ingredient for me in this recipe is coconut sugar. I made a little bit research on what it is and if it is healthier than regular sugar. What I read is that even though it has some nutrients and a more natural manufacturing process, it is still not too far from regular sugar, so better to use it sparingly. In the original recipe, the first option was rapadura sugar, which is an unrefined cane sugar. It also doesn’t look incredibly healthier alternative to regular white sugar according to what I read about it, but it has some benefits again. I couldn’t find rapadura sugar in Helsinki (to be honest I didn’t look for it much) so feel free to use that if you prefer and can find it (you will use the same amount as coconut sugar).

In any case, it is a nice little bread with a beautiful look! Enjoy! 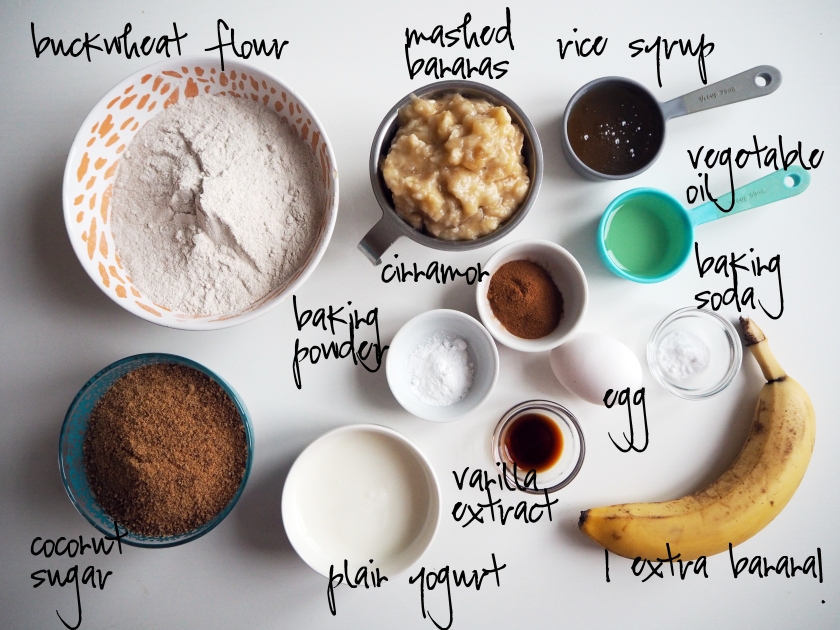 1. Preheat the oven to 160C. Grease your loaf mould with a little vegetable oil and put aside.

2. In a mixing bowl, put the egg and coconut sugar, and mix in medium speed until they incorporate. 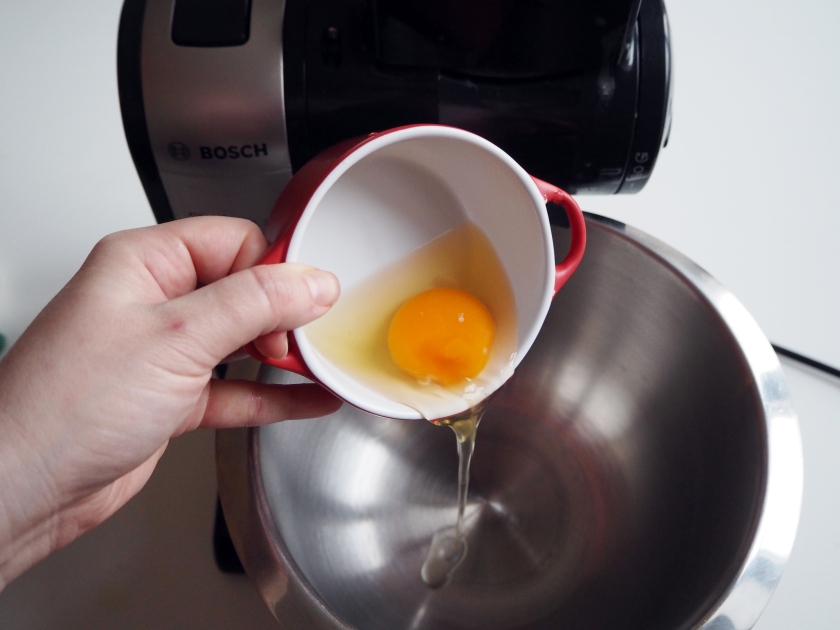 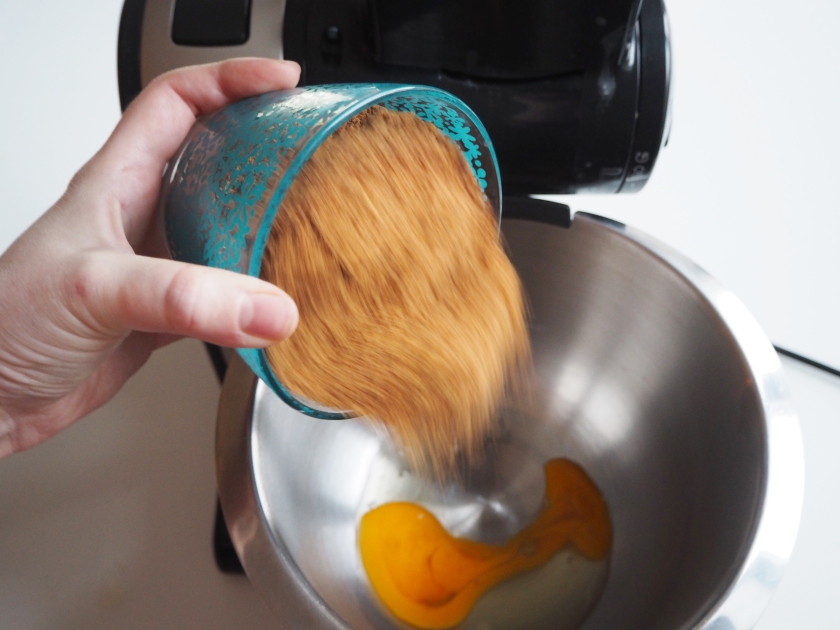 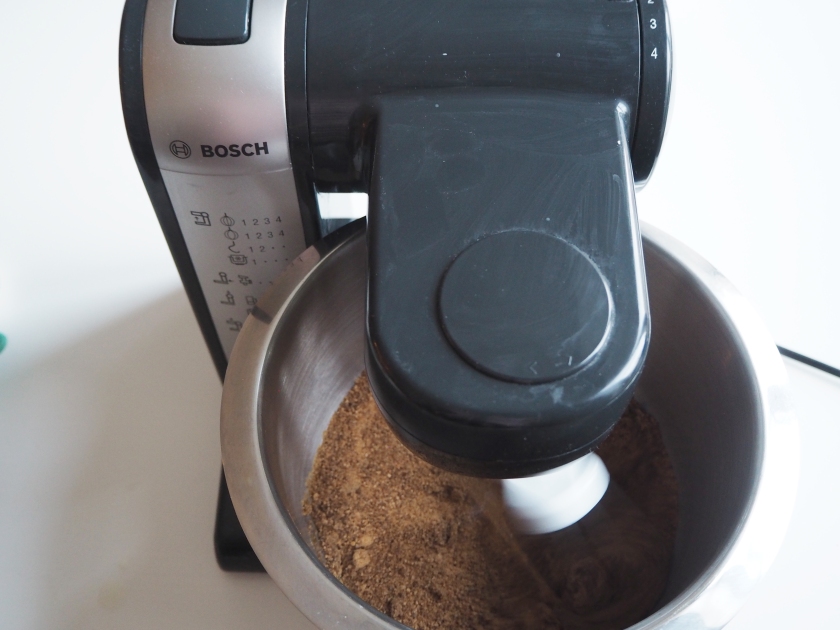 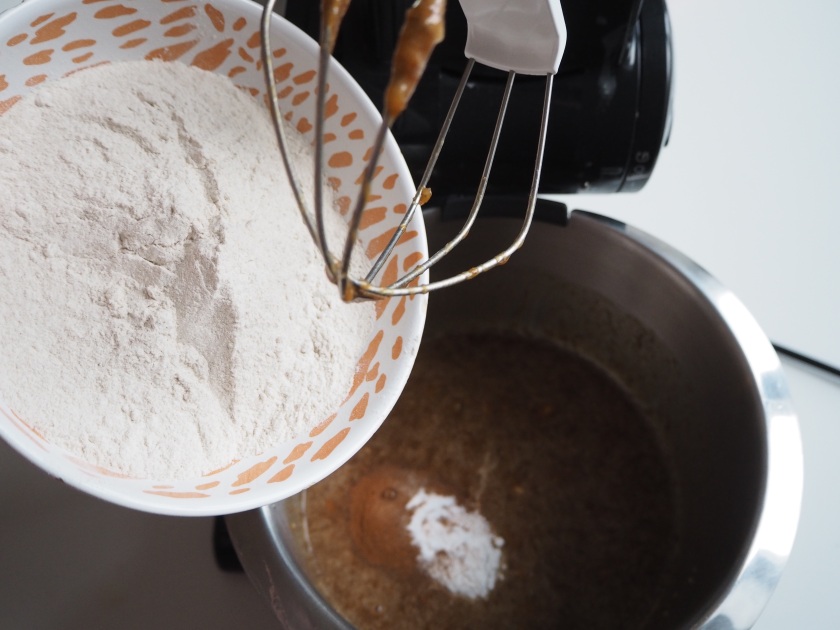 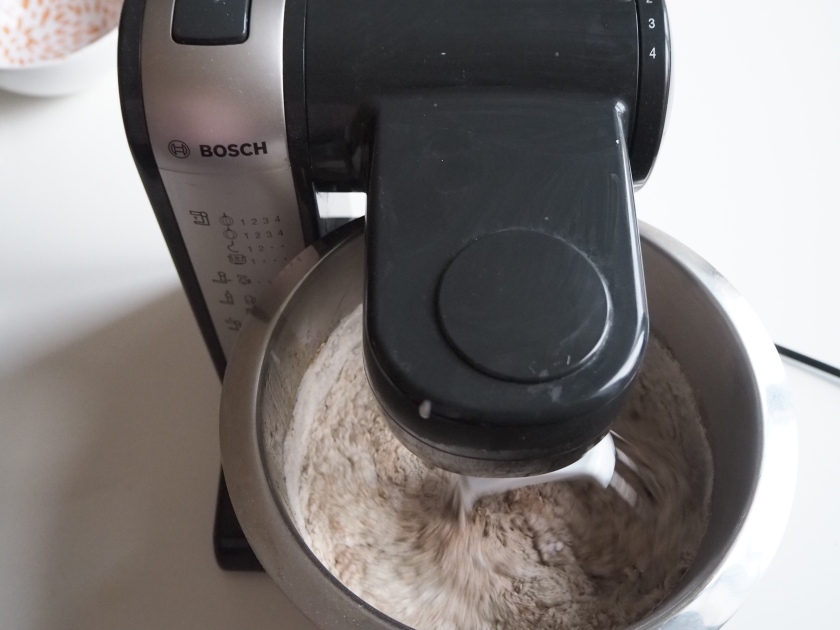 4. Pour the batter into the prepared loaf mould. 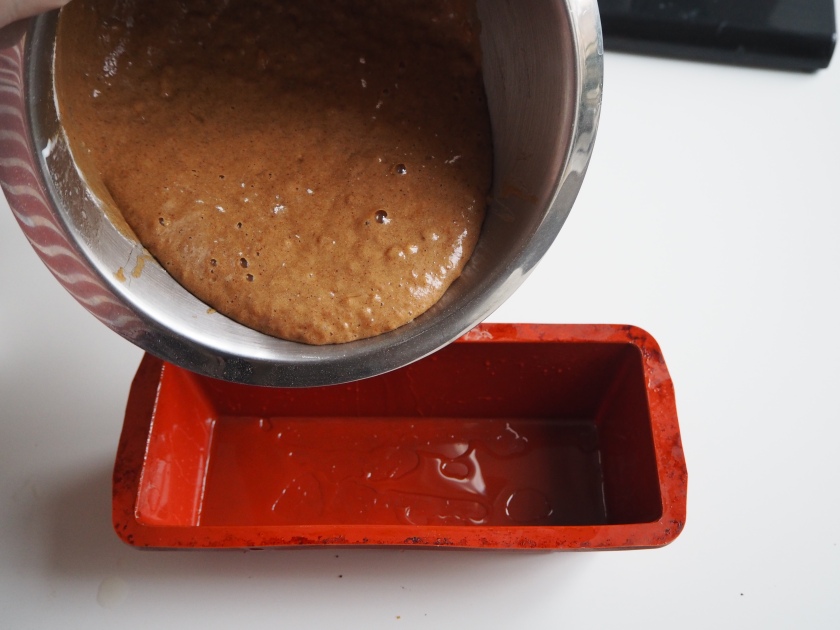 5. Peel that one extra banana and slice it in 2 pieces, put on top of the batter gently as seen in the photo (cut side looking up). Bake for 60 to 70 minutes in middle rack in your oven, until it gets brown on surface and when a toothpick inserted in the middle comes out clean. Once baked, take out of the oven and leave to cool for 5 minutes, then take out of the mould and cool a bit more before you slice and eat. Optionally, you can brush the surface with a little bit of rice syrup. Enjoy! 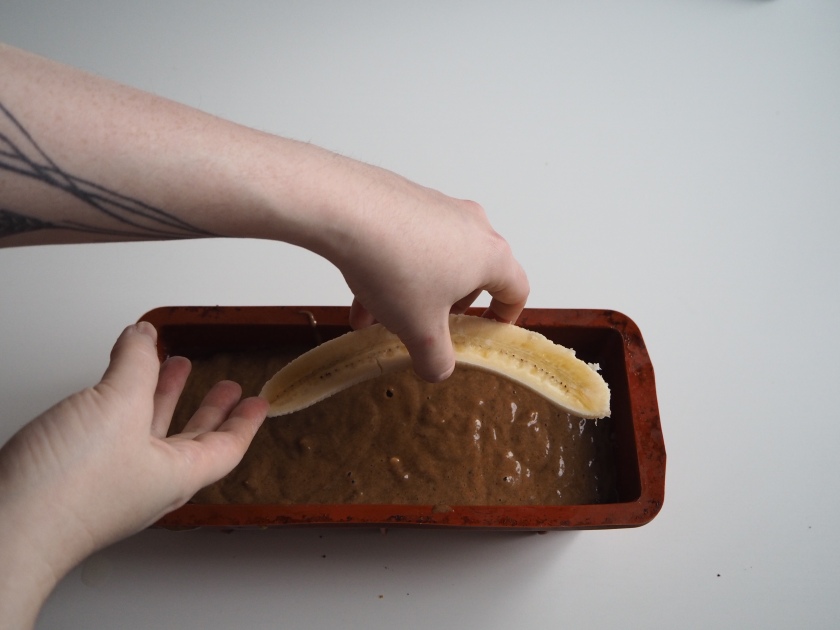 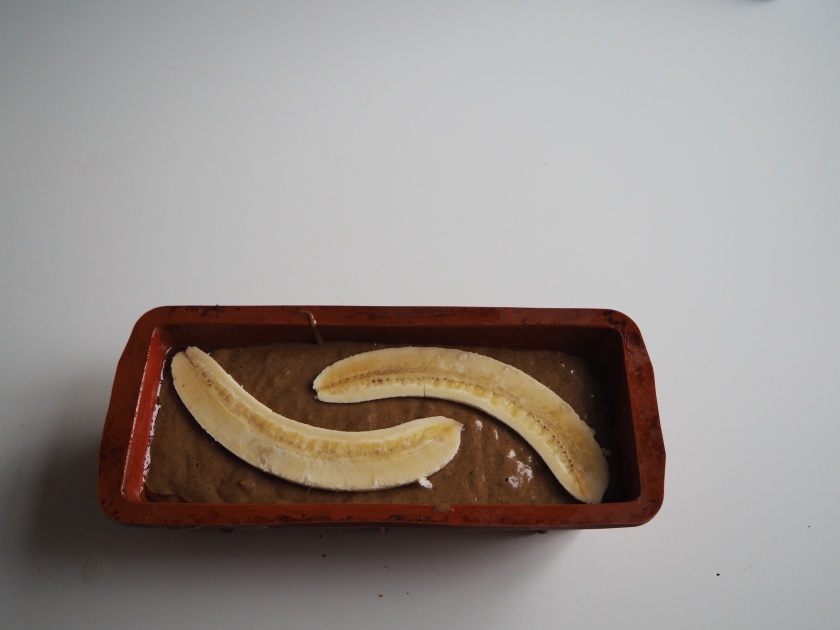