So, I’ve never been a fan of apple pies, really. But it goes back to my dislike for heavy pie doughs. That’s why when I made this pie, using phyllo sheets as the pie dough, I absolutely loved it – it is so so much lighter and crispier, and indeed flakier than other pies. 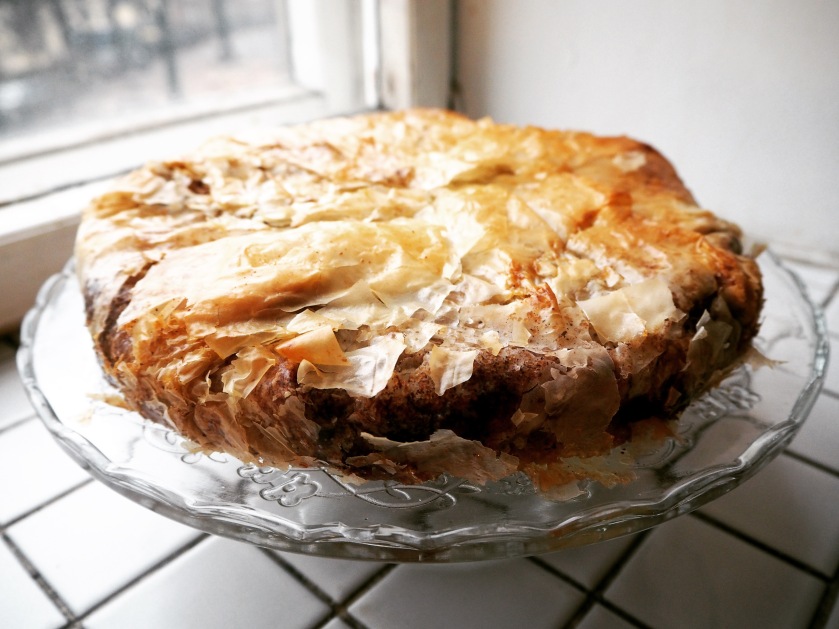 Phyllo dough is vegan. It is only made with water, flour, corn starch. Some commercial phyllo doughs also contain vinegar and some vinegar are not 100% vegan so you might want to check the ingredients anyway. 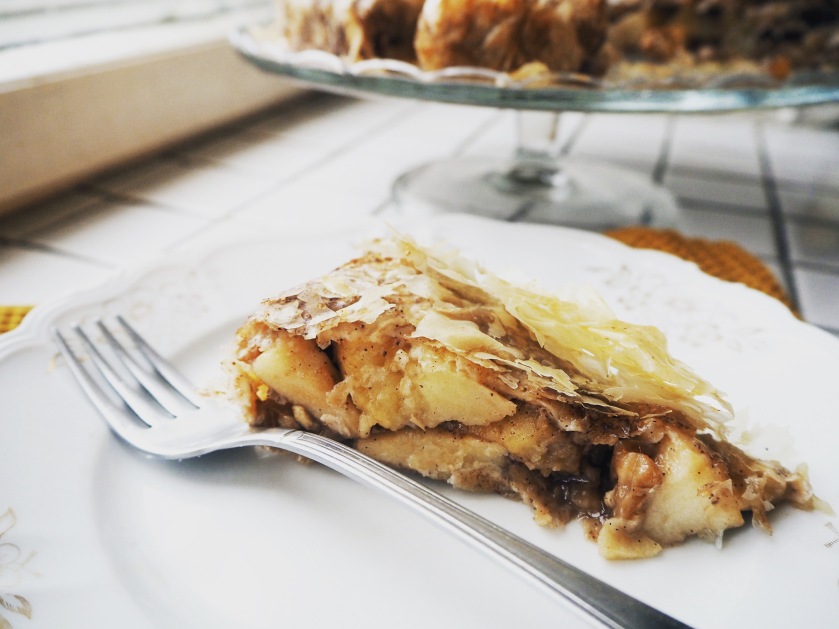 In this recipe, I use both white sugar and brown sugar. I know that some sugar brands are not 100% vegan either, so it’s better to use organic ones to be 100% sure.

Of course, if you are not vegan, then you can be free to use any ingredients and you can also use regular butter instead of vegan. But today, in this recipe, we are going vegan.

I think one of the things that I love most about this pie is its flakiness and crispiness. It just adds a lovely light touch to the otherwise dull and heavy apple pies (or pies in general). Apples bring in moisture and walnuts, which I preferred to coarsely chop and not process to very small pieces, add a delicious texture and crunchiness to the filling. If you are not a fan of walnuts, or if you want to try something different, pecans work well in this pie with apples as well.

The pie is extremely delicious when it is freshly baked and it’s still a little warm. However it is still delicious the next day as well, especially if you don’t have much of a sweet tooth because sweet delicacies when warm may be a bit too heavy for some.

I didn’t have it with me today and I felt too lazy to go get some, but this apple pie will certainly taste fantastic also served with vanilla ice cream. Oh my. maybe I should get some for next pie!! Now I want one slice with ice cream! Geez…! Anyway, enjoy your new recipe!
— 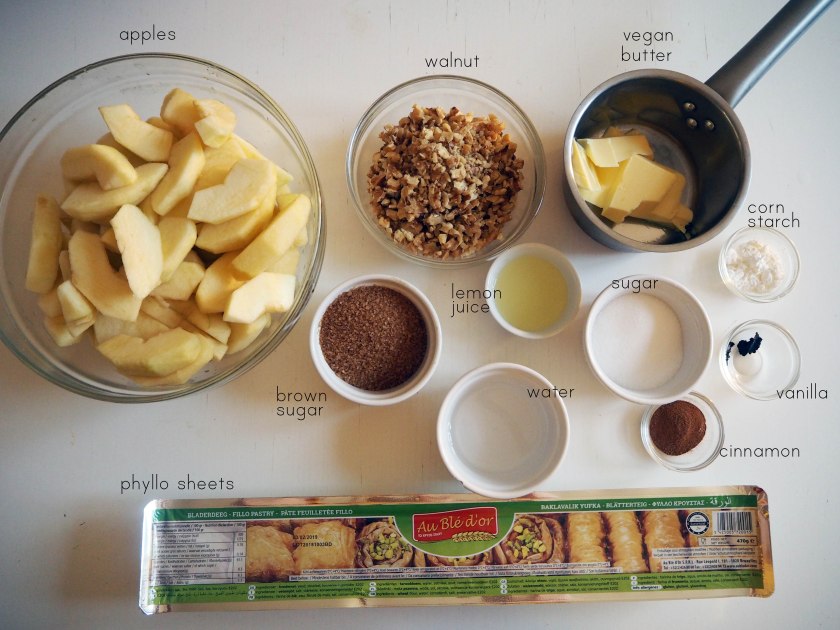 1. In a bowl, put apples, lemon juice and white sugar and mix. 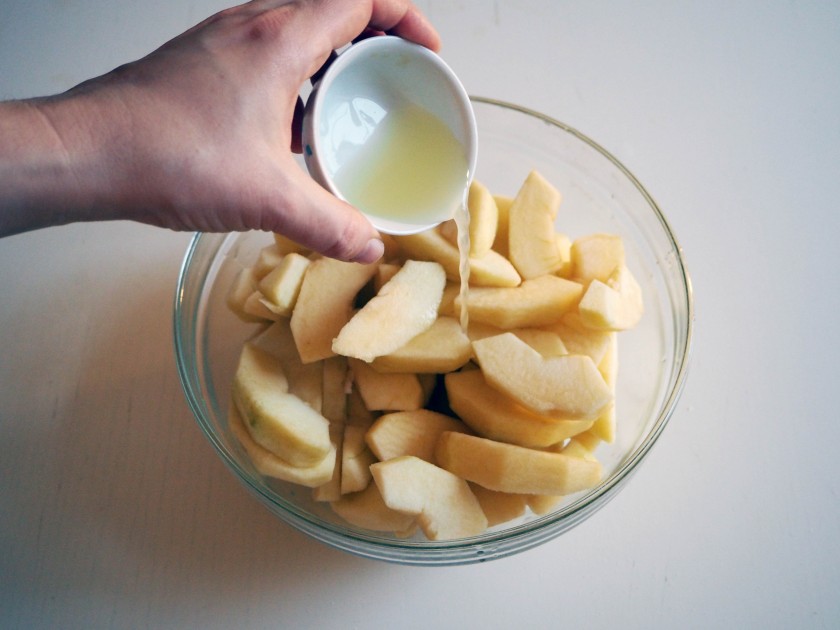 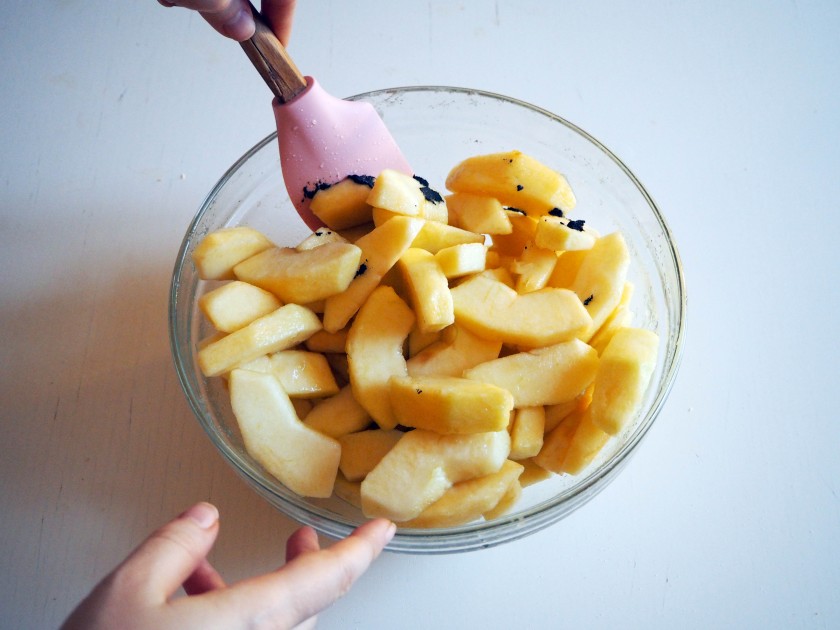 3. Transfer the apple mixture to a large pot and add water. Cook on medium heat with cover on for 10 minutes, until the apple slices get soft but not mushy. When ready, strain the cooked apples and transfer back to the bowl and let them cool completely to room temperature. 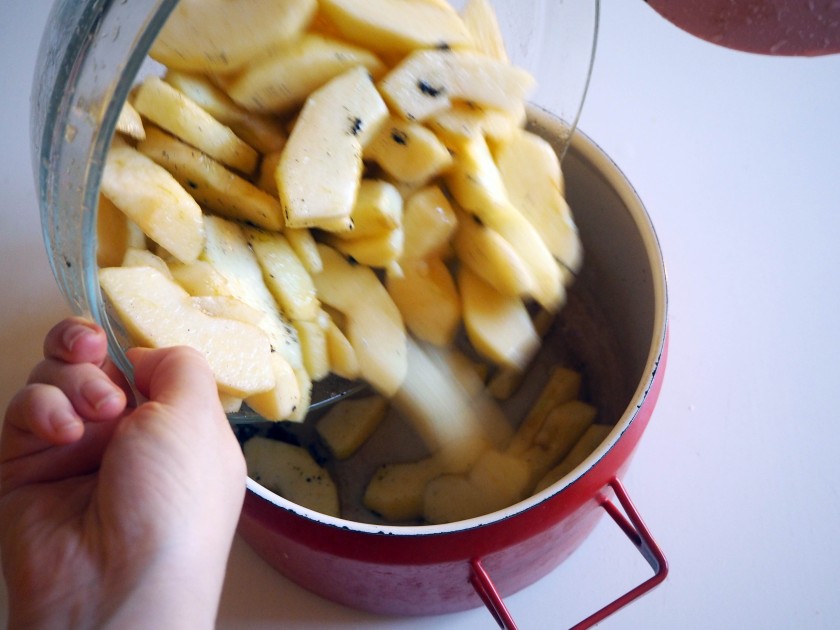 4. When the apples are cool enough, preheat the oven to 200C.

5. Melt the butter in a small saucepan and let it cool for a few minutes. Take a 24cm pie dish and brush base and sides generously with melted butter. Put the pie dish aside. 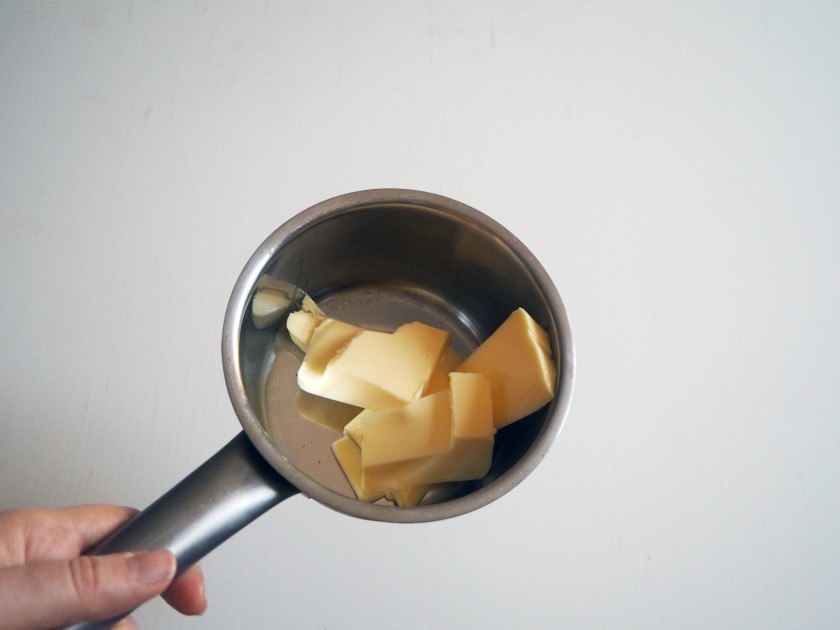 6. In a small bowl, mix brown sugar and cinnamon.

7. Take phyllo sheets, one at a time and stack on top of each other, brushing with butter and sprinkling brown sugar / cinnamon mixture after each layer. The layers should be put on top of each other in a way to create a large almost circle in the end. For a more detailed version of this, check my pumpkin pie recipe: https://mydearkitcheninhelsinki.com/2018/09/23/pumpkin-pie-with-phyllo-crust-autumn-continues/ In this recipe I used 6 sheets but you can add 2 more when you get the idea.

8. When phyllo sheets are ready, take the greased pie dish and put it under the phyllo pile. Push the pile gently into the pie dish so that phyllo sheets take the shape of the dish. 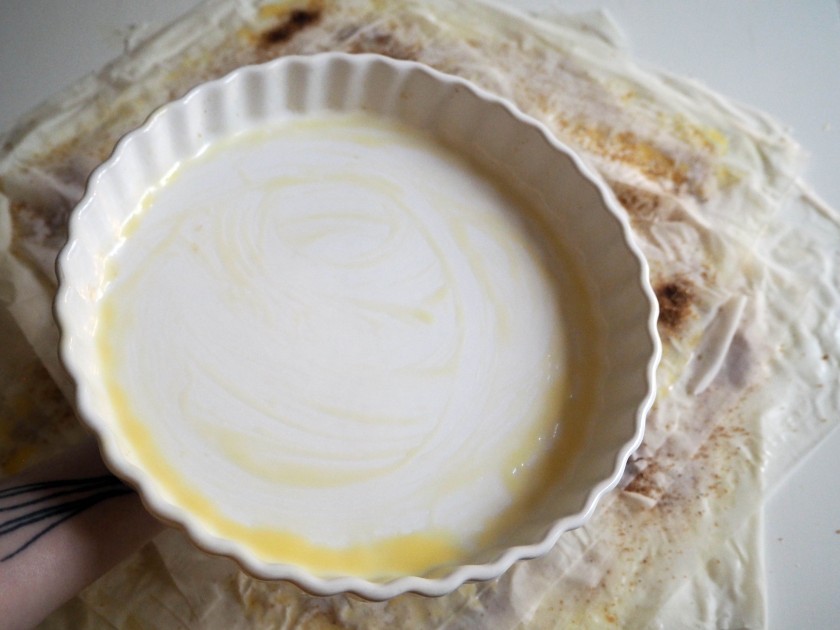 9. Add corn starch to apples and mix it well.

10. Add remaining brown sugar and cinnamon mixture together with walnuts and mix well. 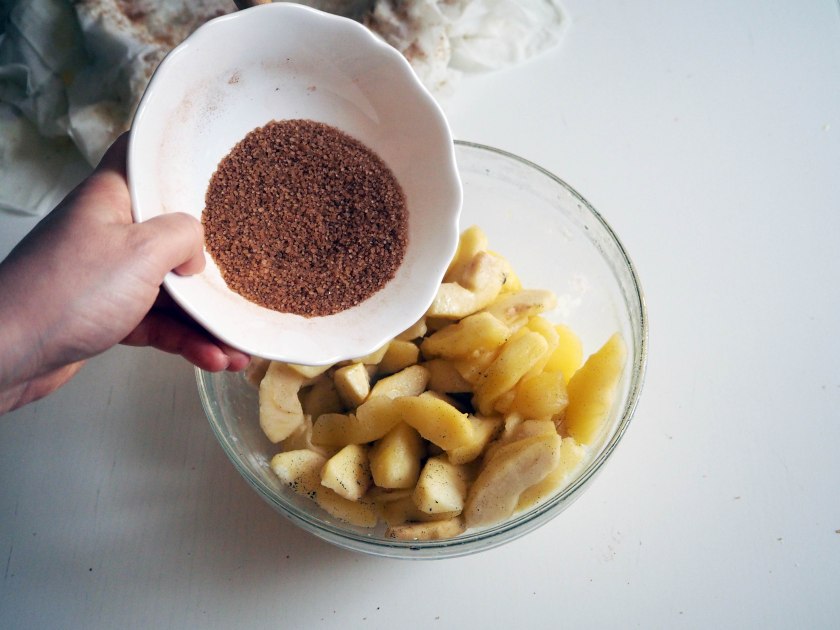 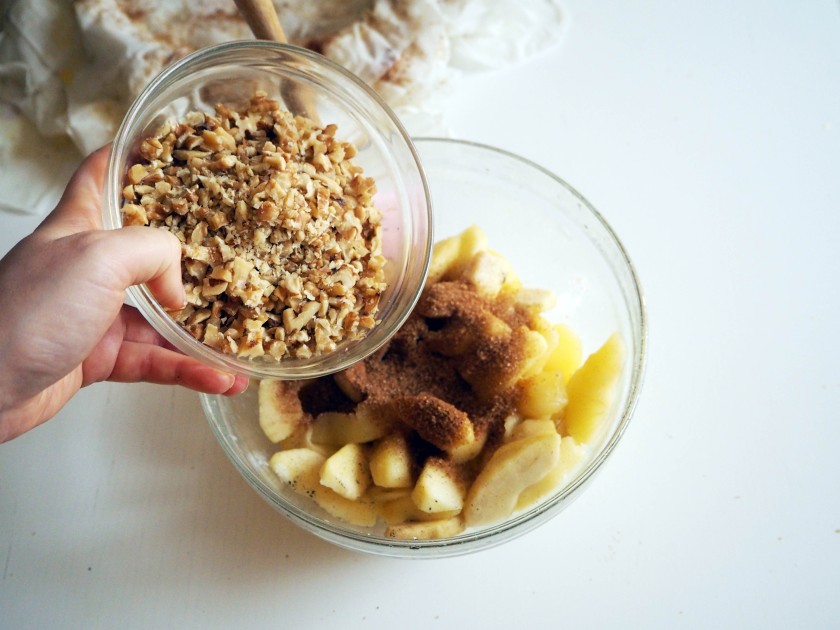 11. Pour apple filling into the pie dish with phyllo and smoothen the top using a spatula, as much as possible. You can of course be patient and take apple slices one by one and arrange them in a neat way inside the pie, but I am not that patient so I just dumped the whole thing. And you know what? It was equally tasty – and fast! 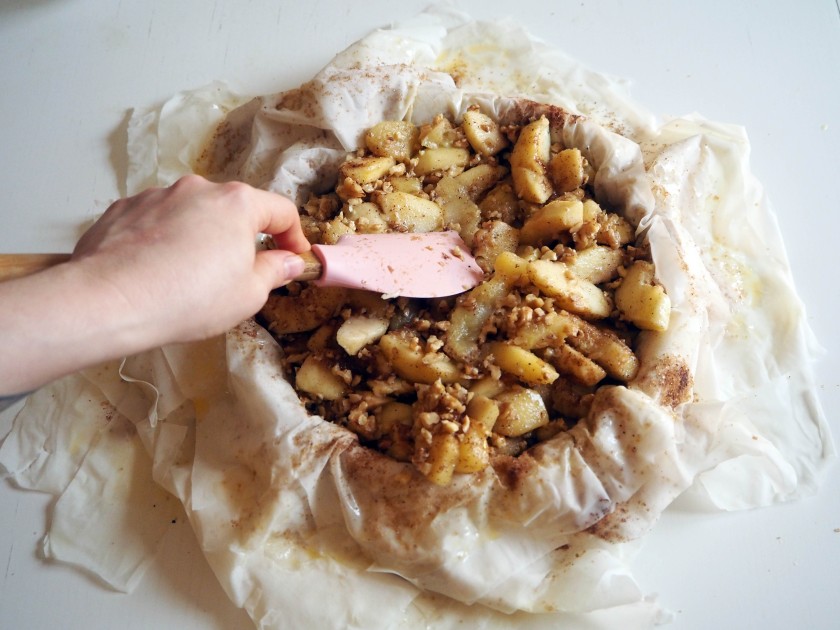 12. Fold the phyllo parts hanging out of the pie dish bit by bit on top of the filling and kind of “glue” them on the top using remaining melted butter. If you have still some butter left in the end, brush the whole top with it for extra crispiness. 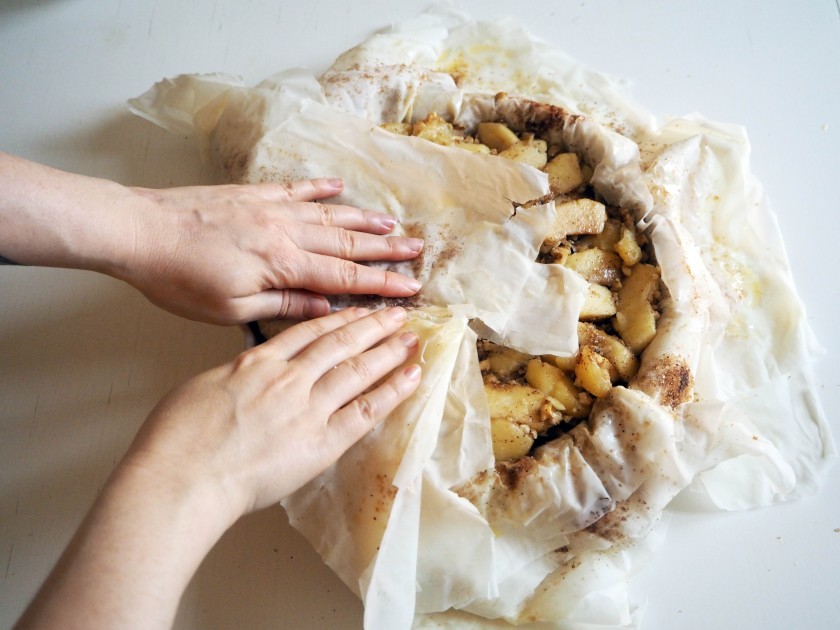 13. Put the pie in the oven, in middle rack and bake for 30-35 minutes, until the top is golden brown. When ready, take out of the oven and let it cool for about 15 minutes and when it is easier (cooler) to handle, take the pie out of the pie dish to a serving dish. Serve it right away warm or let it cool more to room temperature. The pie tastes great just by itself with fresh tea or coffee, but it will taste also great served with vanilla ice cream. Enjoy!