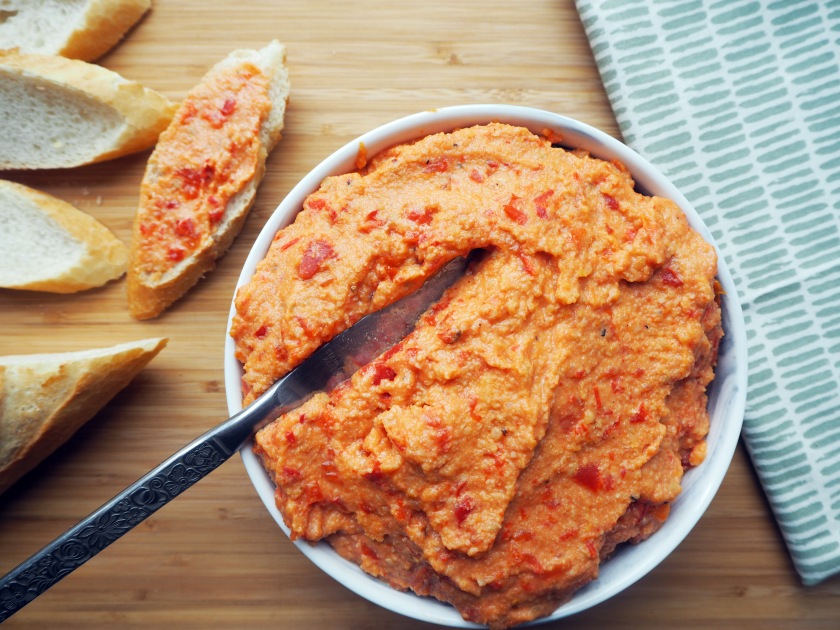 This one is sooo delicious that I almost ate the whole thing by myself with fresh, crusty bread. I mean, it has so many of my favourite ingredients, like the lovely tomato.

As many other spreads and dips, this is also very easy to make. There is just one extra bit: you need to roast the peppers and tomatoes. To reduce the time of preparation, you can also use roasted red peppers in jar if you can find. 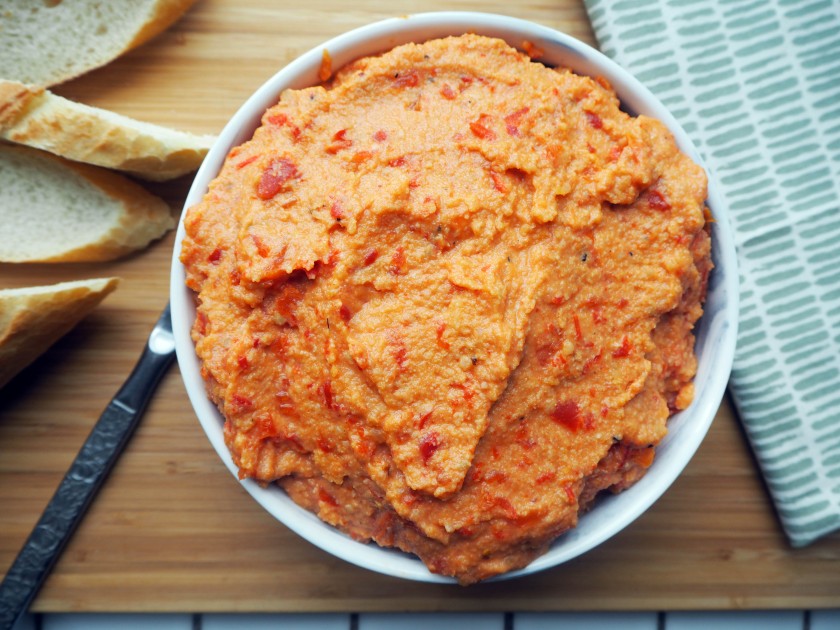 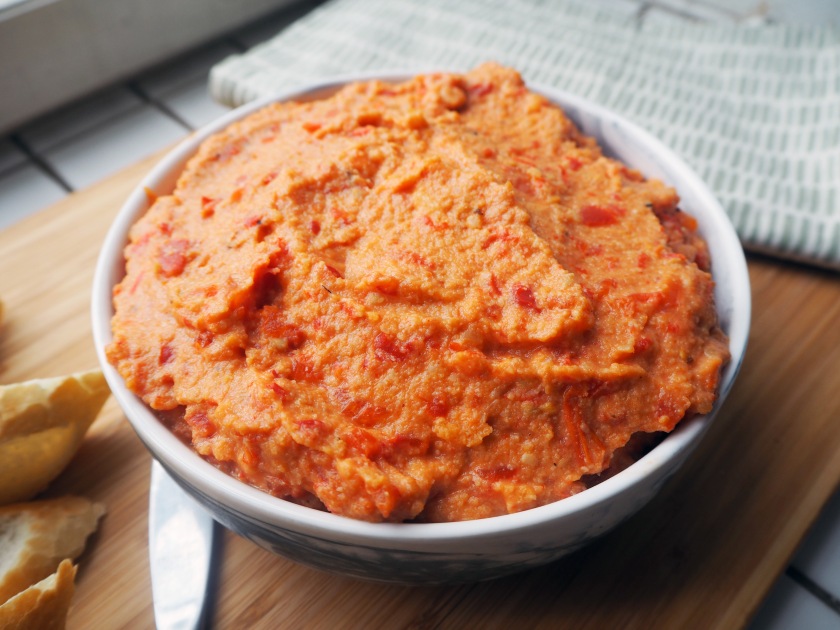 The ground almonds in the recipe give it a nice gritty texture and a slightly nutty taste. However, if you are allergic to almonds, you can omit it, but then you might want to add a little more bread to absorb the liquids. 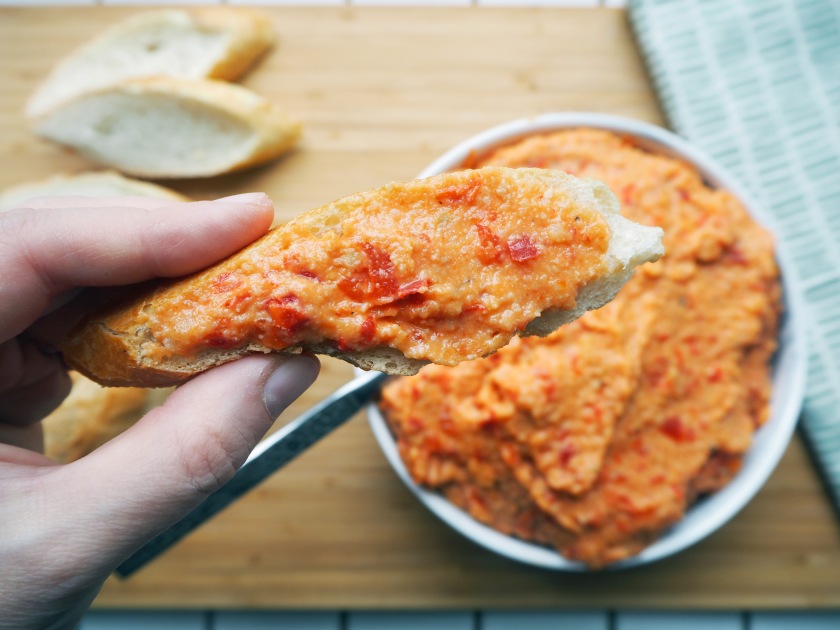 I think the best companion for this spread is a nice, crusty bread, like a baguette. However, it could also work quite ok with crisps or crackers if you prefer. Just give it a try!
— 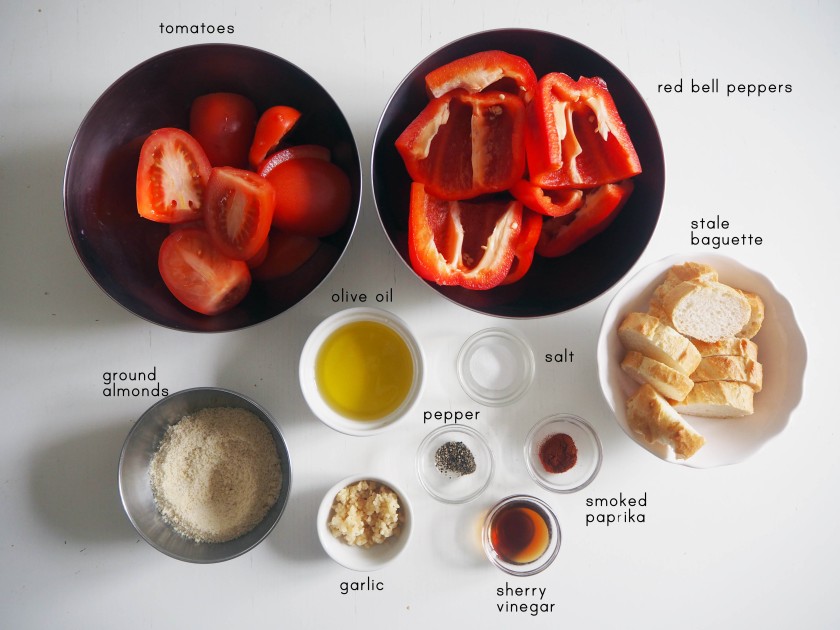 2. Mix 1 tbsp olive oil with tomatoes and transfer them into a deep oven dish. Roast for about 35-40 minutes, until tomatoes are soft, releasing their juice a little. Remove from the oven when ready. 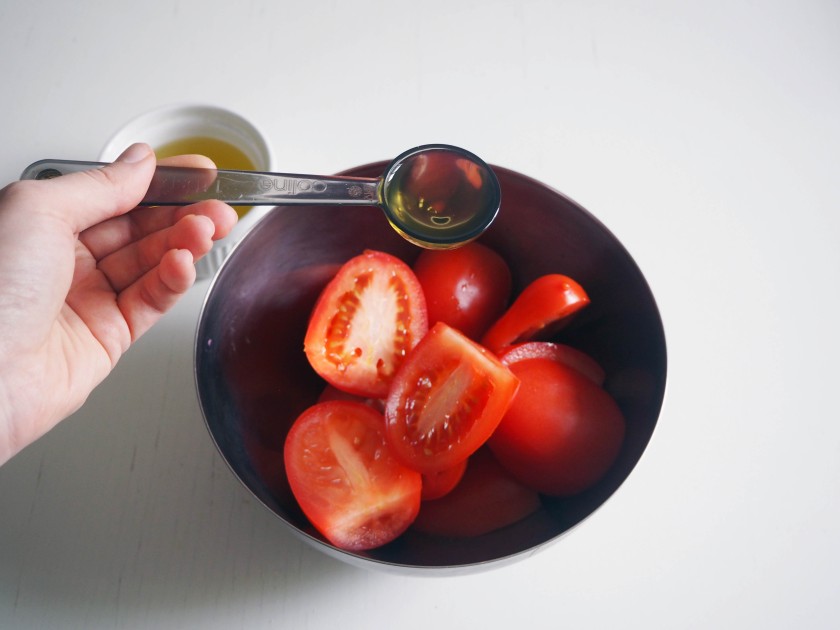 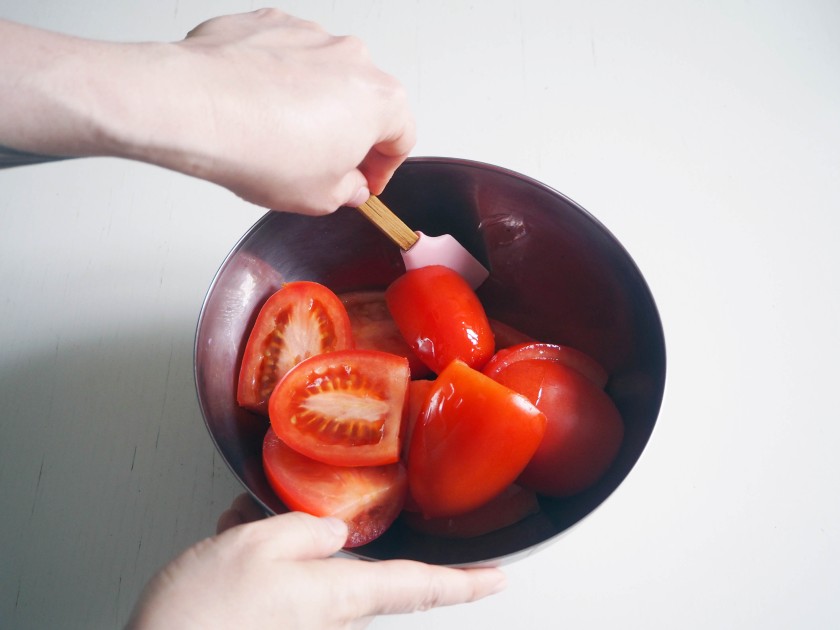 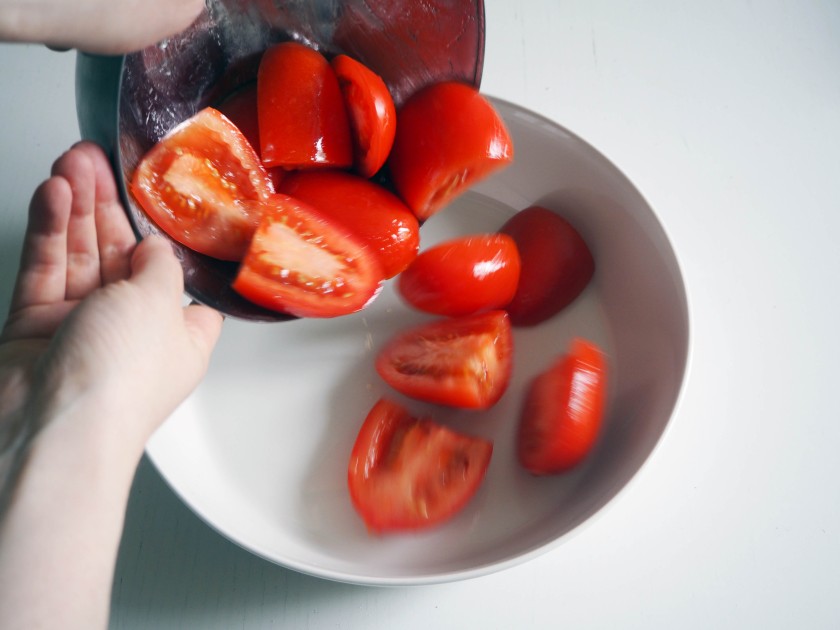 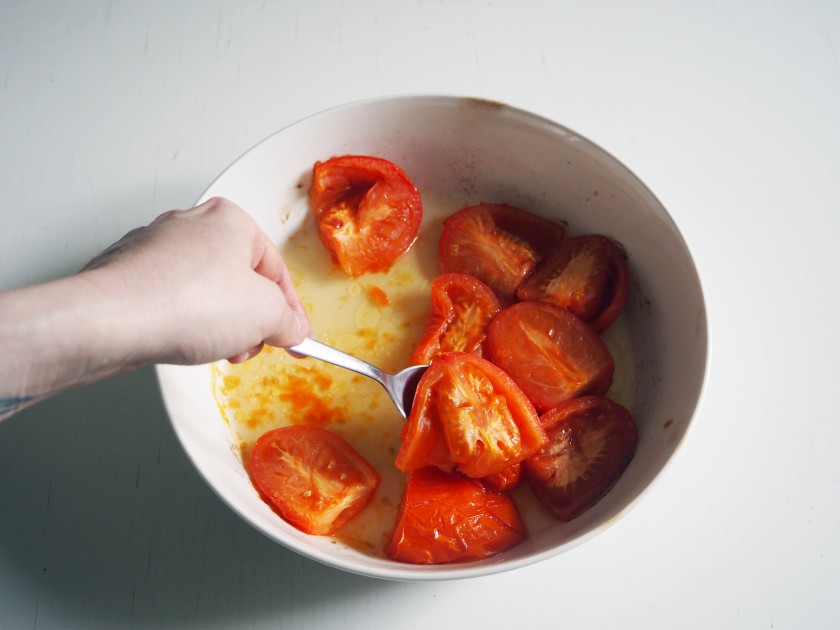 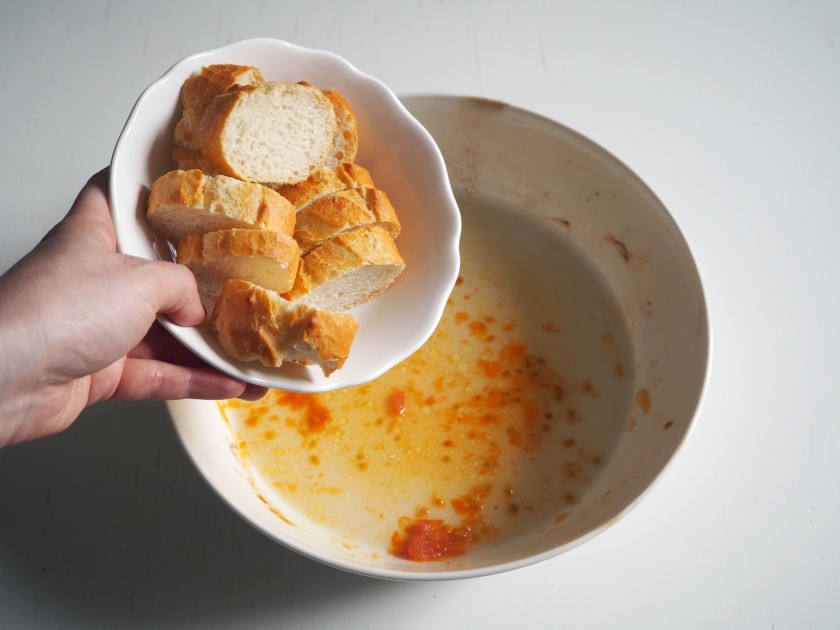 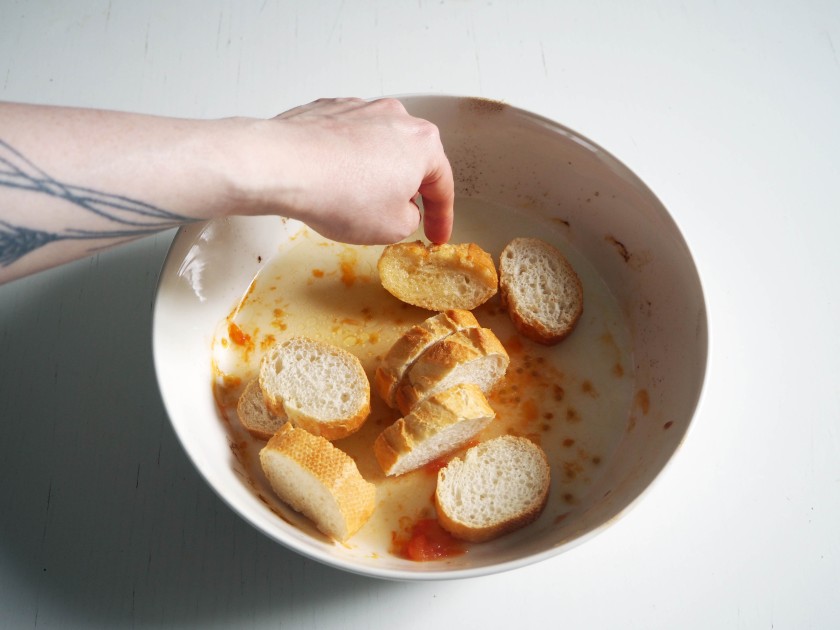 4. Mix 1 tbsp olive oil with bell peppers and transfer them into another oven dish. Roast for 35-40 minutes, until the peppers are soft and their skins start to brown. Remove from the oven when ready and remove from the dish when out of the oven to let them cool down for about 10 minutes. (IMPORTANT: If your oven is big enough, you can roast tomatoes and peppers at the same time in separate oven dishes.) 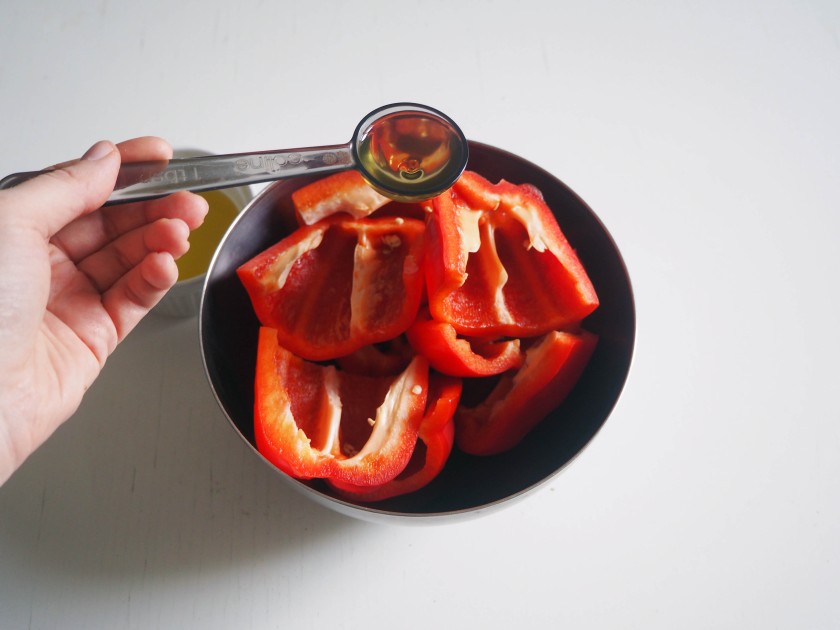 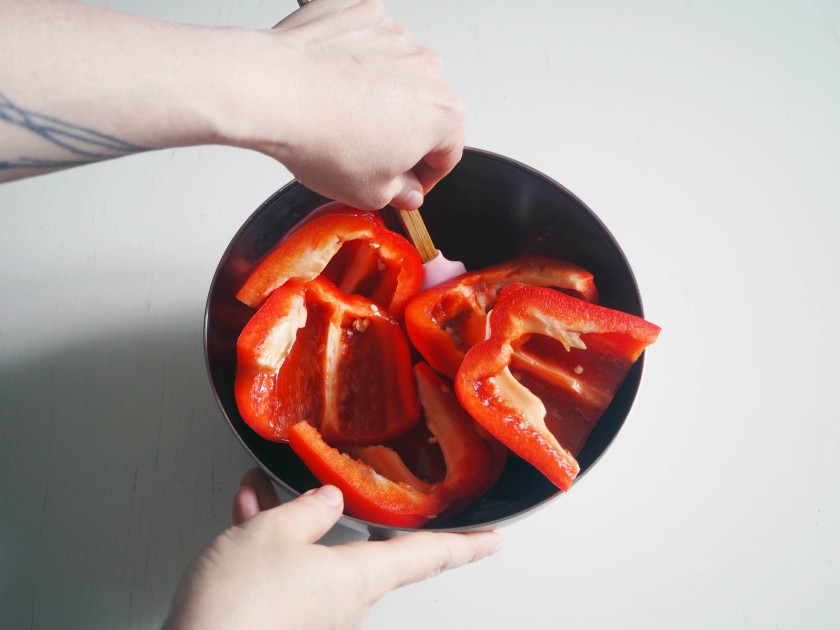 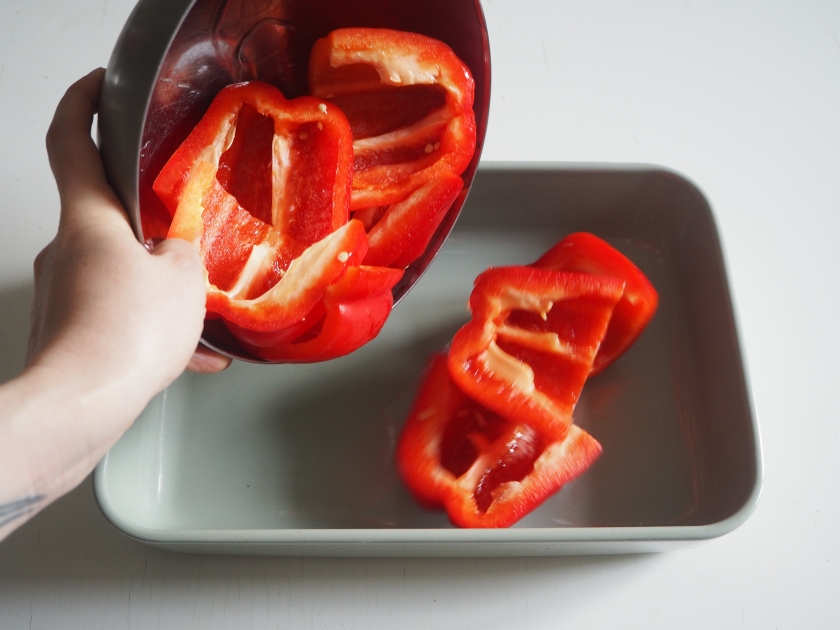 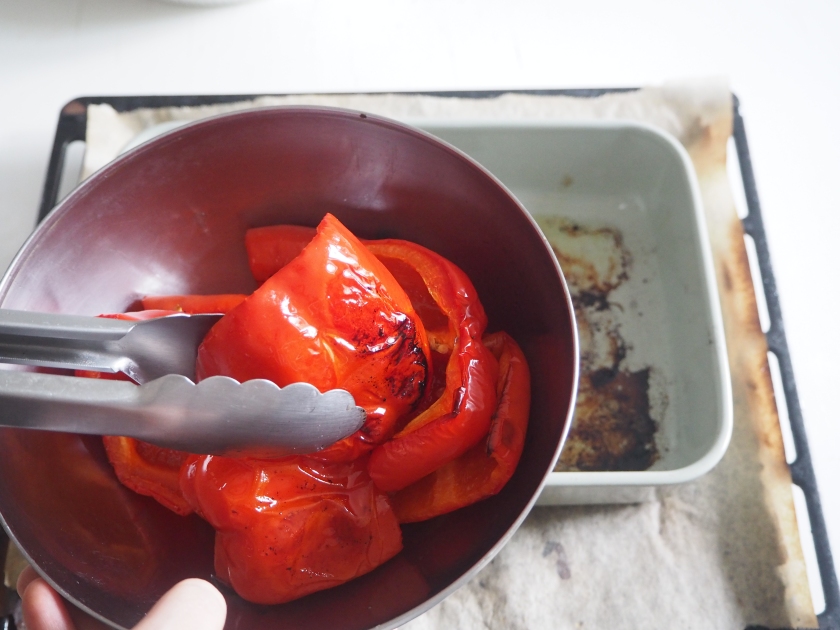 5. Put roasted tomatoes and peppers, soaked baguette slices and the rest of the ingredients above, except for salt and pepper, in a food processor and blitz until you get a nice mixture. 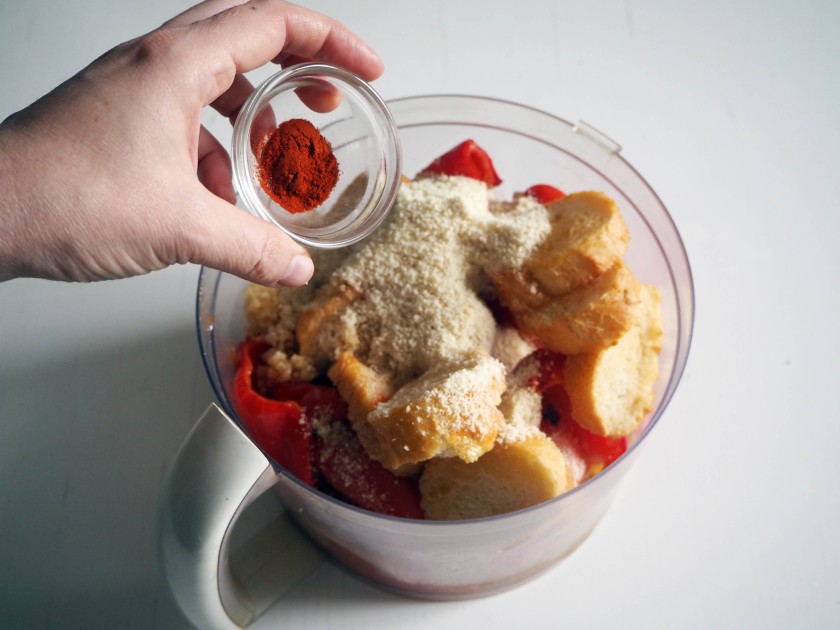 6. The final spread does not have to be 100% smooth, there can be some slightly bigger pieces to add some texture. Adjust the taste with salt and pepper. Serve with fresh, crusty bread. The spread tastes even better the next day as the flavours develop more. Enjoy! 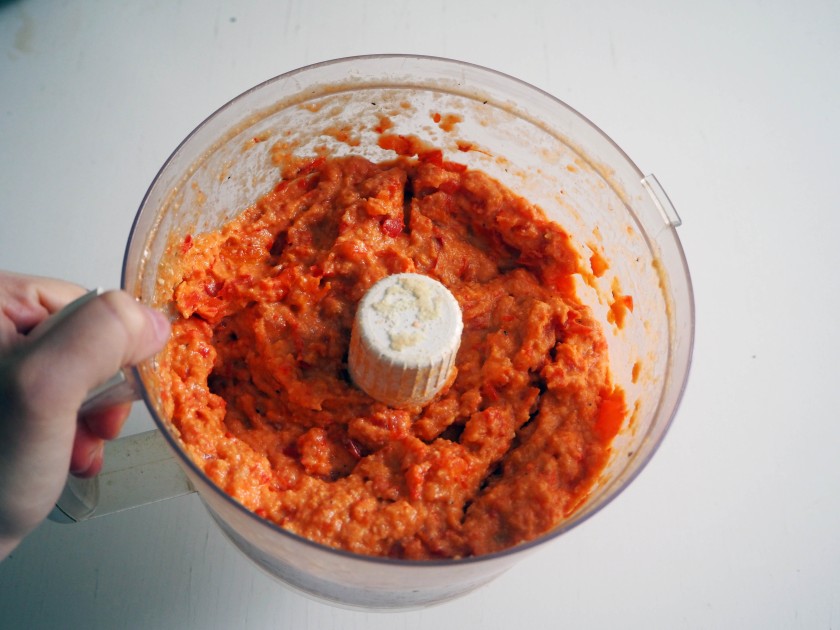